Rev up your motorcycles as Super Cub is here to take you on a fun filled ride. Super Cub is an upcoming anime adaptation for Tone Koken’s 2017 light novel series of the same name.

The story of how Koguma’s boring high school life changes after she gets a used Honda Super Cub motorcycle is a definite must-watch for bike lovers and anime lovers alike.

Super Cub is set to premiere in April 2021 and the cast, staff, and theme song has just been released.

The beautiful visual shows Koguma and her friends chatting while eating food. It is evident that the mutual love for motorcycles has brought these three girls together.

The cast for this anime includes:

Like every other anime, this anime’s cast will also be creating a unit to perform the ending theme song “A Message to the Wind” (Haru e no Dengon). The opening theme song “Magical Wind” is performed by Akane Kumada.

Now, a Japanese high schooler on motorcycle seems like weird combination. But what can poor Koguma do?

According to the novel’s story, Koguma ended up buying a Honda Super Cub motorcycle after getting bullied by her classmates who thought she had a granny bike.

Koguma also found friends with similar Super Cubs and they joined them for a ride around town. This is one slice of life anime that will instantly put a smile on your face.

I can’t wait to see Koguma’s adventures once April rolls around!

Super Cub is a 2017 light novel series by Tone Koken. The light novel also gave rise to a manga series and now an anime adaptation is scheduled for April 2021 release.

The story centers around a high school girl named Koguma who bought a second hand Honda Super Cub after being teased about her granny bike.

Riding on her motorcycle she sees the beauty of her town and also makes friends and memories along the way. 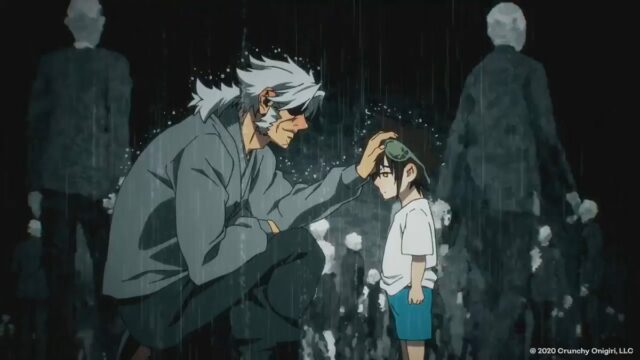 Who is Taejin Jin? Why did Mujin call Mori a tiger’s cub?