The Clover Kingdom is protected by the Magic Squads with the Magic Emperor at its helm. One of the most peculiar and endearing squads amongst the nine existing in the Kingdom is the Black Bulls.

The Black Bulls is led by Yami Sukehiro and is well known for its destructive attempts of carrying out its missions. Although, after Asta’s inclusion into the squad, the Black Bulls have witnessed progress and better command over their conduct.

Here we have the members of the Black Bulls from the weakest to the strongest in descending order. This will give you insight as to how well Black Bulls can fare against the mages of the Spade Kingdom.

Grey is a 3rd Class Junior Magic Knight within the squad. Her real name is unknown, and she uses Transformation magic, where she can transform herself into objects or other human beings. In addition to that, she can transform things other than herself(including enemy spells).

Although Grey does not possess incredible physical strength, exceptional intelligence and vast amounts of magic – she is skilled at controlling her magic. She even displays superior acting and observational skills as she can adapt the attitude and actions of the person she’s transformed into.

Finral is a 1st Class Junior Magic Knight of the Black Bulls and also, a nobleman from House Vaude. He uses the rare Spatial Magic where he manipulates space. The main drawback of this magic is that he can only create a portal to a place that he has seen previously. Finral also uses the Reinforcement Magic to increase his physical abilities.

His strengths lie in his magic control, his ability to sense magic and his wit for combat. The most notable spells used by Finral are the Fallen Angel Gate (creates a portal to space), and Fallen Angel’s Wingbeat (launches mass of spatial magic at the target sending them to different locations).

READ:  Which is the Strongest Kingdom in Black Cover? Is the Clover Kingdom the weakest?

Vanessa is a witch hailing from the Witches’ Forest and a 3rd Class Junior Magic Knight. She uses Thread Magic to generate and manipulate threads; and is quite agile with incredible reflexes. Vanessa utilises her magic control, magic sensation and intelligence to sway the combat towards her victory. She even displays expertise in healing magic.

Vanessa’s Red Thread of Fate is a highly useful spell that tilts the outcome of the events in a more favourable direction for the user or the people they care about. But this spell is merely a catalyst and not attack-based, so she is excellent as a supporting mage but not so much as a vanguard.

Due to his harsh upbringing, he can deduce his opponent’s personality through actions and attitude. He displays keen intelligence with his ability to use the terrain of combat to his advantage and deception to gather information.

Gordon is a 1st class Junior Magic Knight and a user of Poison Magic(used to create and manipulate poison). He also specialises in the use of Curse Magic giving him the name ‘Hex Knight’. Gordon can create considerable steam of poison (Dwelling of the Poison Cloud) or even direct a liquidated state of poison towards his target.

He proves to be quite useful in terms of inflicting curses, stopping and removing them too. Although Gordon does not stand out in terms of strength or intelligence, the magic he uses is extremely resourceful. One of the most interesting spells by Gordon is Aufwachen Dachs, where he generates poison-filled badgers which can gnaw at magically reinforced corpses.

Magna is a 5th class Junior Magic Knight. Magna shows flexibility in his usage of Fire Magic to create and manipulate fire. He even uses fire-based Restraining Magic to create restraints and Creation Magic, where he creates objects out of the fire. He also uses Reinforcement magic to increase his physical prowess.

Henry is noble-born and a 5th class Junior Magic Knight. Henry uses a magic house in combat. With the help of Recombination Magic, he rearranges the location and shape of the rooms within the magic house.

Due to a curse, Henry siphons magic from others and is unable to stop it consciously. This magic adds up to the one he uses to cast spells. Henry resides within his magic house because his magic absorption is unstable outside it. In light of this, Henry possesses large amounts of magic power to the point where heavy spells barely exhaust him.

Throughout the series, Secre took on the form of an anti-bird called Nero and accompanied the Black Bull members until it was revealed that she was a young woman named Secre Swallowtail and a loyal servant of Lemiel.

Yami officially recruits her as a Black Bull member by the end of the elves arc. Secre uses Sealing Magic where she’s able to open and close objects along with other spells. She’s also exercised her abilities by sealing people in objects such as herself in the form of Nero. Secre can perform Healing Magic and has an acute sense of Mana sensory.

Gauche is a 1st class Junior Magic Knight and also a member of the House Adlai. He was also the human host for elf Drowa. Gauche uses Mirror Magic to cast mirror-based spells that can reflect light and create mirror copies of something. The Mirror Magic can also be used to weaponise a ray of light and move between mirrors.

Along with his superior magical capacity and intelligence, he shows above-average levels of physical strength, magic control and sensing. He has a mirror-gem embedded in his left eye, which accumulates magic and augments his spells. Gauche can cast Real Double to call upon his reflection from the mirror world to fight with him.

Luck is a 5th Class Junior Magic Knight of the Black Bulls and Royal Knights squad. He was also the human host for the elf Lufulu. Luck uses Lightning Magic to generate and manipulate lightning via his hands which improved after Lufulu’s possession. He uses Creation Magic to create objects out of lightning and Compound Magic to combine his power with someone else’s.

Luck is well known for his ability to sense magic from long distances. He can even differentiate between the magical attributes within a group. Luck displays high speed which he enhances through Holy Lightning Boots. Great physical strength, quality magic control and his refined sense of magic make Luck a formidable opponent.

Charmy is a dwarf-human hybrid and a 1st class Junior Magic Knight from the squad. Charmy uses Cotton Magic to generate and manipulate cotton – big enough to carry her squad. She also uses cotton-based Creation and Restraining Magic. In her human form, Charmy makes use of Food Magic to consume other types of magic accompanied by Reinforcement magic to increase her physical strength.

She possesses a large stock of magic power that fluctuates according to her mood and requirements. Due to her biology as a hybrid, she has a dual affinity towards cotton and food magic. Two of her notable spells are Sheep Fluffy Cushion in dwarf mode and Glutton’s Banquet in human mode.

Noelle Silva is a noblewoman of the House Silva and a 3rd class Junior Magic Knight of the Black Bulls and Royal Knights. Noelle uses Water Magic to generate and manipulate water. Also, she uses Creation Magic to create objects and entities out of the water and the Reinforcement Magic to increase her physical strength.

Noelle possesses immense magical power as a noblewoman. She is improving her sense of accuracy and restraint, thus making her an even powerful opponent.

Asta is a 3rd class Junior Magic Knight and the Royal Knights Squad. He wields the rarest of the rare five-leafed clover Grimoire. He uses Anti Magic – unique energy that can nullify other magic. Asta does not possess magic, making him undetectable by magic-sensors. In light of this, Asta trained heavily to develop his skills – he is an exceptional swordsman with enhanced speed, durability and strength without the help of magic.

He displays a heightened level of instincts and has mastered the sense of Ki. Asta wields three swords: Demon-Slayer Sword, Demon-Dweller Sword and the Demon-Destroyer Sword. Currently, he has a better command over his Black Asta form, which makes him quite formidable.

Yami Sukehiro is the captain of the Black Bulls Squad and one of the strongest characters in the Black Clover universe. He hails from a foreign country called Hino and uses Dark Magic to generate and manipulate the element of darkness. He usually channels this magic through his sword. A remarkable advantage of his magic is its ability to absorb other magic such as Light Magic.

He also uses the Reinforcement Magic to increase his physical prowess which compensates for the slowness of his Dark Magic. Yami is an incredible swordsman with polished magical skills and a sense of Ki – all displayed in his fight against Patolli. He possesses an exceptional level of strength, speed, durability, reflexes and power.

Note: The article focuses on the skill set, power and experience displayed by the members of the Black Bull till date in the manga. It has established the hierarchy in congruence with this information.

Asta and Yuno are two orphans within the Clover Kingdom. Black Clover traces their journey as they seek to fulfil their ambitions. While people are born with the ability to use Mana power and exercise their magic, Asta was not.

Instead, he trains hard to compensate for it. The story follows these two frenemies as they each join a Magic Squad and set their path to become the Magic Emperor. 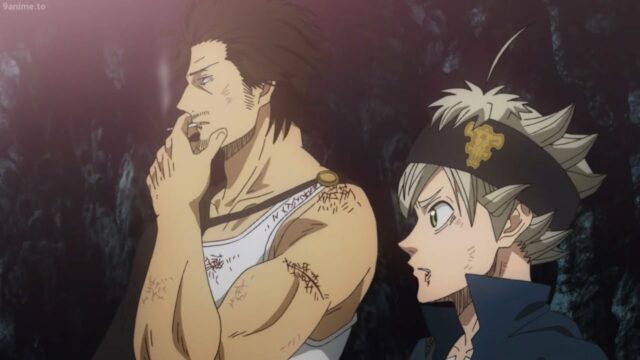