This chapter confirms that the rebellion army is in-fact safe and sound. It also explains how they managed to stay intact despite Orochi’s efforts to extinguish the rebellion flame.

Chapter 976 manga will be released on Sunday, April 5, as per the Shonen Jump’s Weekly Schedule. The chapter is yet to have a title. The upcoming chapter will show the pirate alliance and the Akazaya Nine taking on and defeating Kaido’s ships, which had come to kill them.

Chapter 976 will show the pirate alliance and the Akazaya Nine taking on and defeating Kaido’s ships, which had come to kill them. Kanjuro may get away with Momonosuke as a plot-point to be explored in the future.

One Piece chapter 976 raw scans were released recently. The upcoming chapter will show Momonosuke being taken away by Kanjuro despite the best efforts from the Akazaya Nine.

The pirates get stuck in a tough situation with the enemies using long-range attacks to take down multiple ships. However, Jinbei, the Knight of The Sea, comes in and destroys the enemies. Luffy’s crew is finally complete!

4. Where To Read & Watch One Piece

No, the chapter will be released on April 5 as per Shonen Jump’s schedule. One Piece manga was on a one-week hiatus last week. The upcoming chapter will also include coloring pages.

The chapter starts with Kanjuro trying to escape after capturing Momonosuke. He is shocked by the fact that Luffy, Kidd, and Law are still up and running despite the information he relayed to Orochi.

The three members of the worst generation line up, quarreling amongst themselves, and take down one of the ships in just a single blow.

This is when the Kyoshiro family ship arrives on the scene, seemingly to help Kaido’s cause. However, Kyoshiro attacks one of Kaido’s ships, disabling their cannons. He then reveals to Kin’emon that he is none other than Denjiro and has been hiding his identity from the other members of the Akazaya Nine to be more useful in the final fight.

Along with 200 members of the Kyoshiro family, Denjiro also brings along 1000 of the men imprisoned in the Flower Capital, effectively adding 1200 members to the rebellion alliance. He credits Kin’emon for coming up with the plan to confuse the spy inside their ranks.

In the message given by Lord Yasuie before his death, the two lines added to the snake implied that the middle words of “Habuminato” were to be cut out, leaving only the word “Hato” – making Port Hato their meetup spot.

However, Kin’emon told his closest friends to assemble at Port Tokage as the two lines added to the snake transformed it into a lizard. This way, Orochi was given the wrong information, and his efforts to neutralize the rebellion were in vain.

Unbeknownst to Denjiro, Kin’emon did not come up with this plan, and it was sheer luck combined with the stupidity that made him read Port Tokage instead of Port Hato. Not a single ship from the rebellion alliance has been damaged, and everyone is ready to attack, waiting at Port Hato.

Chapter 975’s cover continues the Gang Bege’s OH MY FAMILY cover story, Gotti has successfully saved Chiffon! But it turns out it is Lola! 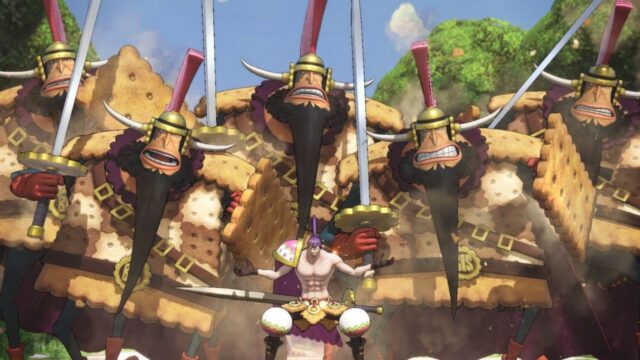 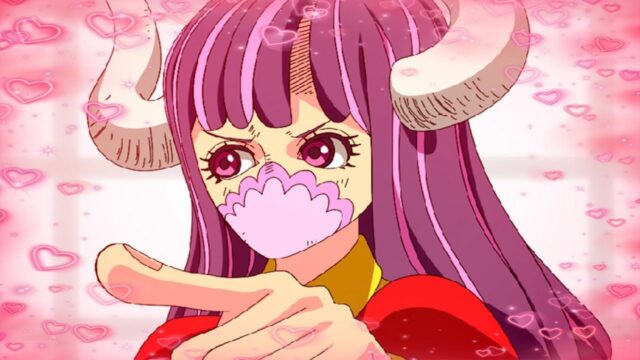