The worst thing about villains is that they have a way of surviving fatal situations. Orochi Kurozumi is one such character who seems to have a knack for escaping death, and this makes him all the more annoying and despicable.

The last page of the latest chapter 1048 shows Orochi being beheaded. But fans are super suspicious since this has happened before – the wannabe shogun just returned and resumed business as usual.

So, despite being legitimately decapitated, is Orochi just going to crop up a few chapters later like nothing happened? Or is it different this time? Has the usurper finally fallen?

Orochi is dead for good this time: His Mythical Zoan Snake-Snake Devil Fruit granted him 8 heads/lives in total; in chapter 1048, Denjiro of the 9 Red Scabbards cuts off his eighth and final head.

Contents
How do we know Orochi isn’t going to return?
How is Orochi finally killed?
About One Piece

How do we know Orochi isn’t going to return?

Orochi has fooled us before, but on this occasion, it’s certain that he is actually dead. Orochi had been beheaded twice before, and had already lost 7 out of 8 heads before Denjiro decapitated him.

The first time Orochi was decapitated was towards the end of chapter 985. Kaido tells Orochi his plan to transform the Flower Capital and join forces with the Big Mom Pirates in order to seize the Ancient Weapons and claim the One Piece. When Orochi objects, Kaido simply turns on him and cuts off his head.

In chapter 1008, the fake shogun makes a return to Wano.

In chapter 1009, Orochi comes face-to-face against the 9 Red Scabbards. He transforms into in his Yamata no Orochi/his human-snake hybrid form, but has one less head than before. This proves that beheading Orochi reduces one of his 8 lives.

In the same chapter, Oden’s retainers cut off 6 of Orochi’s heads simultaneously.

But unfortunately, he survives again, and in chapter 1026, we see him peeping out of the window to see Inuarashi slay the Beasts Pirates fourth strongest member, Jack.

This puts Orochi’s totally number of heads slain at 7. He only has one head left, which is severed by Denjiro in chapter 1048.

How is Orochi finally killed?

The latest chapter brings Orochi’s life in Wano to a full circle. Within the flashback, Oda reiterates Orochi’s foul character, and why he deserves to be offed for good this time.

In the flashback, after Oden is executed at the hands of Kaido, his retainers manage to escape. Orochi tells Kaido that there is only one place they could go, and that is Kuri – to protect Oden’s heir, Momonosuke.

The people of Wano plead with them to stop hunting the Kozuki clan, to have mercy, but Orochi ruthlessly commands his men to shoot any “vermin” that defies their new shogun.

Since Orochi has Kaido backing him again, he is able to overcome the 4 Daimyo – Udon, Ringo, Hakumai, and Kibi.

Orochi voices the plan to turn the whole of Wano Country into a weapon’s factory and saps the nation of its resources. There is no more drinking water, nothing left to eat.

He tells the people of Wano that the borders will remain sealed and that they shouldn’t count on any miracles to save them.

He even makes fun of the fact that the citizens were forced to eat the leftovers of the defective Smile Fruits because there was nothing else to eat. Due to this, they were cursed to smile even if they starved or lost their families.

This is exactly what those maggots deserve!

Cut to the present: Orochi ridicules Komurasaki, i.e., Hiyori, for underestimating him, and tells her that they could drink together down in hell.

Fans will remember Orochi’s past with respect to Hiyori, who, at the time, went under the guise of an oiran named Komurasaki.

It was Denjiro, who was undercover as Kyoshiro at the time, who groomed her to be a courtesan, and also gave her the name. He appointed himself as her second guardian and vowed to keep her safe.

Orochi was deeply obsessed with her after he took over as shogun, and wanted to marry her, not knowing who she really was. During a banquet at the Flower Capital, Hiyori pisses off Orochi, who orders for her to be executed. Denjiro fakes her death with a blood pouch hidden under her clothes.

In chapter 1041, Hiyori reveals herself to Orochi and tells him who she really is. She sticks a Seastone in him that prevents him from transforming into his 8-headed snake form. Orochi, the scum that he is, pleads for his life and promises to honor Oden’s name.

The moment Kanjuro’s Kazenbo appears, he orders it to kill Hiyori, but in an ironic turn of events, it burns him instead.

This was again one of the times we assumed this was the end of Orochi, but I guess we shouldn’t have been so naïve.

In chapter 1047, Orochi dislodges the Seastone and transforms into his Yamata no Orochi form again, this time determined to kill Hiyori to spite Oden one last time.

Denjiro returns again in chapter 1048 to save Hiyori in a climactic slice of the samurai’s sword.

This panel is interspersed with panels depicting the citizens of Wano celebrating during the Fire Festival by lighting sky lanterns with messages written on them.

One of them reads: “Please make Orochi disappear” just as Denjiro kills him for the final time.

All the symbolism of Denjiro being the one to kill Orochi, the citizens getting justice, and Hiyori avenging her father, is indicative of the fact that Orochi is truly dead this time. And, of course, he has no more heads to fall back on. Wano is on its way to gaining liberation. 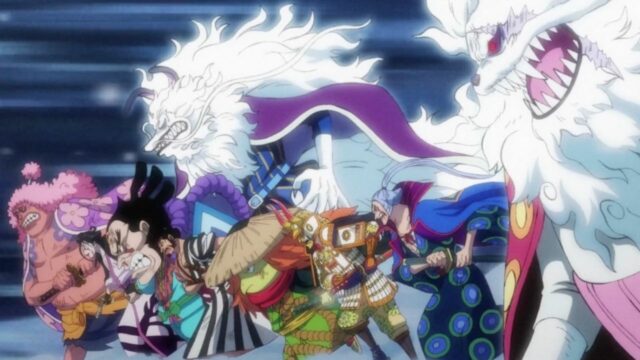 One Piece: Oden’s 9 Red Scabbards, Ranked from Weakest to Strongest! 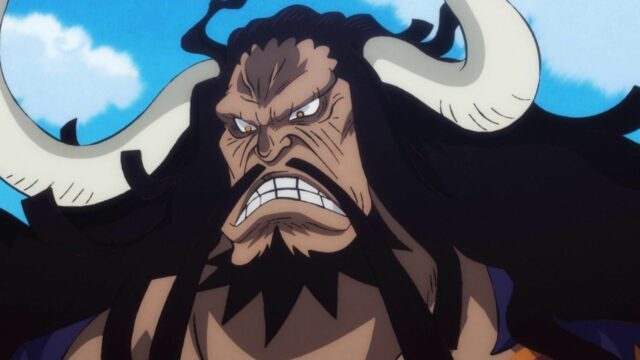 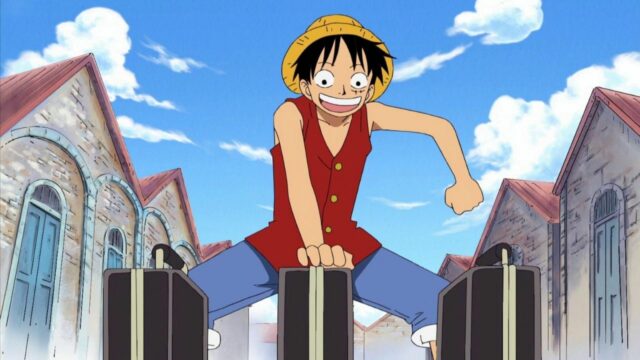 One Piece Chapter 1044 Review: Luffy is Joy Boy/Nika, and More!