Episode 11 revealed that Mitsuya was dead long ago, and the girl performing for Mystery Kiss is an imposter. The idol group is now suspected of hiding information from the police or being directly involved in this murder.

Meanwhile, Mission Oddtaxi is about to get started. Yano and Senkiguchi have taken Imai to the bank for withdrawing one billion yens from his bank. Will everything work out according to Odokawa’s plan? We bring you the latest episode updates for this anime.

Table of Contents
1. Episode 12 Preview and Speculation
2. Episode 12 Release Date
I. Is Odd Taxi on Break This Week?
3. Episode 11 Recap
4. Where to Watch
5. About Odd Taxi

Episode 12 of Odd Taxi is titled “Not Enough.” It may refer to Dobu’s greed that he isn’t satisfied even after stealing 900 million from the bank and will be going after the remaining 100 million.

In the preview, Yano and Sekiguchi are verifying the bills in the first Duralumin case. Since Yamamoto isn’t with them, they won’t be checking more than one case.

Little do they know that the remaining 9 cases are filled with fake bills. After stealing 900 million from the bank, Dobu will go after the 100 million that Yano has taken with him.

Meanwhile, Goriki will be going through Odokawa’s former notebook to find more about his mental condition.

I. Is Odd Taxi on Break This Week?

Episode 12 of Odd Taxi will be released as per schedule. No such delay has been announced.

Episode 11 takes us back to the day when idol group Mystery Kiss was formed. Mitsuya was better than Rui in almost all aspects and was even offered to become the lead singer.

Rui couldn’t stand the fact that despite being a winner throughout her academic life, she lost to a newcomer in her professional life. She was blinded by jealousy and was ready to do anything to become the lead singer.

So, she called Mitsuya to her office all the way from Nerima. Not particularly to kill her, but to threaten her to step down from her position. However, I am sure Rui might have even killed her if she disagreed.

To Rui’s surprise, Mitsuya was already dead when she arrived at the office. Since she was the one who called her, it’s evident that she will be suspected before anyone else.

She opened up to Yamamoto and explained the situation to him. Yamamoto didn’t want the idol group to break so easily, so he disposed of Mitsuya’s dead body with Yano and Sekiguchi.

Not only that, Yamamoto hired another cat of the same breed to take Mitsuya’s position. This explains why Ichimura and Mitsuya were always wearing masks; it is to keep Mitsuya’s death a secret from the public.

Back in the present, Mystery Kiss has been exposed, and the police have found real Mitsuya’s dead body. They call for a press meeting to explain the situation to the fans.

Yamamoto publically accepts that someone else was performing as Mitsuya all this time. He also takes full responsibility for hiding information about Mitsuya’s absence and not being able to protect their team member in the first place.

He diverts the spotlight from them by saying that Mitsuya did some paid promotions on social media and got involved with some problematic fans. He says that he suspects them of Mitsuya’s death.

Meanwhile, Odokawa and Dobu’s Operation Odd taxi is about to begin. Will everything go according to Odokawa’s master plan? We have to wait for the next episode to find that out.

Odd Taxi is an original Japanese anime series produced by OLM, Inc. and P.I.C.S.. The series aired in Japan on April 6, 2021.

Kotokawa is a taxi driver who lives an ordinary life and as a slightly eccentric stranger who has no relatives nor any relations with other people, Kotokawa’s hobby is listening to Rakugo on the radio before going to bed.

Although, he does have a conversion with his customers – Kabasawa, a college student who wants a buzz, Shirakawa, a nurse who’s hiding something, comedian group Homo Sapiens, who isn’t selling well, and the city hoodlum Dobu.

The conversations with these people, which should not have meant much, lead to a girl who disappeared. 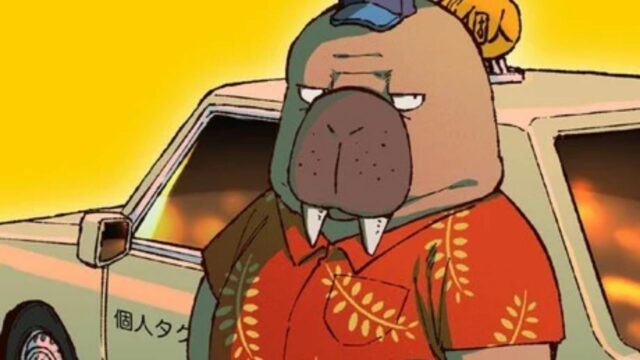 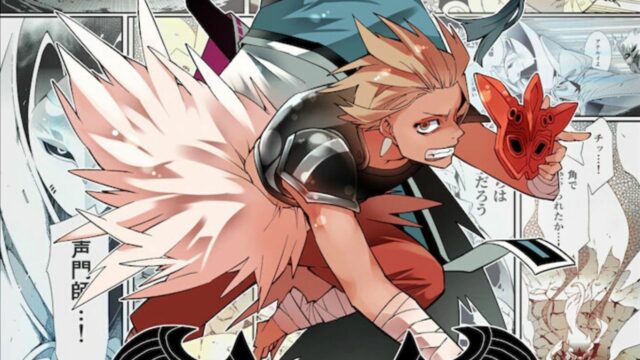