Even the best of us make mistakes. Some of these mistakes might be teeny-tiny ones which would barely catch anyone’s eye while some can huge blunders, the likes of which are criticized by everyone and can haunt us for the rest of our lives.

Recently on Wednesday, May 27th, Weathering With You was released on Blu-Ray and DVD in Japan. To celebrate the release, Makoto Shinkai, the director of the film, shared some facts about the film on his Twitter page.

By the way, there are some subtle corrections that are almost unnoticeable for DVD / BD, but the most obvious one may be here. The top is the theater version, and the bottom is the package version.

When I realized that I forgot to display the cloud layer on the screen, I was drawn to blood lol. But well, the movie version may be in a precious state now. Hahaha.

He wrote in the tweet that most of the corrections in the BD/DVD version were minor changes, which can barely be noticed. However, one significant change would be those of the clouds. He posted a picture in the tweet comparing the climax scene set in the sky, with the theatrical version above and the DVD version below.

He stated that, when he noticed he had forgotten to add a layer of clouds to the scene, the mistake made his blood run cold. He then laughs and says that looking back, the theatrical version was a valuable learning experience.

Shinkai also posted his outline of the film’s plot and said that before he started writing the script, he refined the plot’s structure using the outline. He added that the outline brings back memories for him.

The DVD and Blu-Ray version of the film will be released in North America on September 15th by GKIDS and Shout! Factory. A limited-edition Collector’s Set will be launched in November. The film will also be released digitally on August 4th.

The anime film originally premiered in 359 theatres and 448 screens in Japan in July 2019 and is now the 7th highest-grossing domestic film of all time in Japan. It was also the highest-grossing film in Japan in 2019. The film has earned 14.02 billion yen (about US$129 million) in Japan as of December 8th.

In the summer of his high school freshman year, Hodaka runs away from his remote island home to Tokyo and quickly finds himself pushed to his financial and personal limits. The weather is unusually gloomy and rainy every day as if to suggest his future. He lives his days in isolation, but finally finds work as a writer for a mysterious occult magazine. 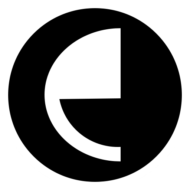