How would you feel if your long-time crush slept with someone else? Would you feel jealous or disappointed? Betrayed or bitter? With so many emotions left hanging in the balance, there’s a possibility that one’s judgment can slowly become clouded.

Whether it’s yourself or your potential love interest, the news of your crush sleeping with someone else is heartbreaking, especially if you’ve been friends for a long time!

But after reading Chapter 187 of the “Kanojo, Okarishimasu” manga series, this heartbreak just climbed one step higher!

The strong-willed Ruka Sarashina revealed to her love rival — Chizuru Ichinose — that she finally did it! And not just with any man, but with Kazuya Kinoshita — the man that Chizuru has had a crush on for a long time!

So, without further ado, let’s dive into Ruka’s mind. What is going on with her emotions? Why has she finally revealed this critical information to a beautiful actress like Chizuru? And what is she planning next?

Tags
SPOILERS AHEAD! This page contains spoilers from Kanojo.

Ruka boldly announced to Chizuru that she finally entered a sexual relationship with Kazuya — the man that Chizuru is developing romantic feelings for.

But the truth is, she never did it with Kazuya — not even once! She never had sex with Kazuya, but she needs to fake her romantic relationship with him to this degree because she’s desperate.

She is desperate for his love, attention, and his ability to cure her. How exactly will Kazuya cure Ruka, you ask? Well, Ruka believes that Kazuya is the only man who can cure her heart ailment while showering her with romance.

If you think about it, Ruka is thinking strategically. She can hit two birds with one stone if she succeeds in this plan of hers: she is acquiring a romantic partner who guarantees her heart always pumps the fastest heartbeat (ensuring her long lifespan and healthy lifestyle).

But as the series progresses, Ruka thinks less about her heart ailment and more about securing Kazuya. It’s an odd phrase to “secure” someone and that person’s romantic sentiments, let alone a trial boyfriend. However, “securing Kazuya” has been Ruka’s job for the previous 180+ chapters!

Contents
1. What did Ruka say when she confronted Chizuru?
2. What’s happening to the Ruka Fanbase?
3. Ruka Sarashina or Mami Nanami?
4. Is Kazuya interested in Ruka?
5. Why is Kazuya the only solution?
6. About Rent-A-Girlfriend

1. What did Ruka say when she confronted Chizuru?

Ruka boldly announced the big lie to her love rival. She took Chizuru’s apartment key and barged into her room. It scared the wits out of Chizuru momentarily to let a person like Ruka inside her home.

However, Ruka’s rage has been boiling since Chizuru accepted Grandma Nagomi’s spa resort invitation. (Basically, Grandma Nagomi set Chizuru and Kazuya up for a relaxing and romantic date at a spa resort).

That’s why Ruka blurted out that she finally had sex with Kazuya and that “it hurts”. Many readers’ eyes popped at this statement. But what’s more unnerving is when Ruka threw an opened and moist condom pack to Chizuru!

“The nerve of this girl blurting a big lie like that to the main female cast of the series!”

That’s how many readers feel after reading Chapter 187. This feeling of hatred towards a fictional female character is so strong that many jumped out of the Ruka bandwagon immediately.

2. What’s happening to the Ruka Fanbase?

After this big reveal, it makes sense how there can only be a few supporters who are in Ruka’s defense, are “Ruka stans”, or “Ruka simps”. After all, Ruka has crossed the line after showing a ripped condom container to her primary love rival.

Even if Chizuru is in denial of her romantic feelings for Kazuya, it was humiliating for her to hear Ruka’s lies and see the ripped condom pack.

The last traces of respect I’ve had for Ruka for 180+ chapters simply vanished. I feel sad because I’ve been in defense of Ruka since her heart ailment was revealed in the early chapters of the series. But her actions in this latest chapter disgusted me.

I’m sure I’m not the only one experiencing these conflicting emotions. After hearing that bold statement from Ruka, I’m honestly dumbfounded.

If I can juxtapose Ruka with the ill-willed Mami Nanami, Mami looks like a saint! She may have the worst intentions for Kazuya and Chizuru’s romantic progress, but she is not as terrible as Ruka.

Mami may have manipulative motives towards Grandma Nagomi (Kazuya’s grandmother), whom she is using for information leakage about his grandson’s romantic relationship with Chizuru. But she doesn’t hide her true colors.

She even showcased her domineering aura when she confronted Chizuru at a coffee shop about her dual identity (“Chizuru Mizuhara” versus “Chizuru Ichinose”). Mami may be the fuel to the fire to Chizuru and Kazuya’s relationship. But at the very least, she has never stooped as low as Ruka.

While Ruka is declared to be a strong-headed character because she never gives up her love for Kazuya, other fans perceived her as a pitiful female supporting cast because of her overbearing actions.

Kazuya does not see Ruka as a long-term potential romantic interest even if she constantly pursues him. He only has eyes for Chizuru — the stunning theatrical actress he fell in love with.

However, Kazuya almost considered Ruka as an actual girlfriend (but this was before he witnessed Mami confronting Chizuru inside the karaoke room).

Ruka sexually assaults Kazuya privately (in his apartment), and publicly (during Kazuya’s birthday party at the Kinoshita Household).

Despite the barrages of kisses and embraces he constantly receives from her whenever they get together, Kazuya doesn’t have the nerve to tell Ruka off.

Since he cannot embrace nor kiss Chizuru, he enjoys Ruka’s flirtatious moves on him despite their toxic relationship.

When he pinned her down in her bedroom because he can no longer restrain himself from her touch, he said to her face that a) he finds her hot and b) that he’s going crazy because he’s been holding back. The only mental restraint he has from going all out with Ruka is the smiling image of Chizuru.

Ruka may just be a romantic placeholder (or a temporary romantic partner) on Kazuya’s heart. But her barrages of kisses, hugs, and embraces worked their way on his mentality little by little. It’s working effectively that it’s almost breaking Kazuya’s will and mind!

This romcom manga may portray the most annoying and sleaziest characters. But it’s because of characters like these (whose feelings are so out in the open) that made the readers relate and connect to the characters to a certain degree.

And like I said before, Ruka is hitting two birds with one stone when it comes to pursuing Kazuya. All this time, she believes he will cure her heart disease; hence why she views him as a potential romantic partner.

But one major obstacle is her provisional romantic relationship with him.

Kazuya can never be romantically interested in Ruka even if he desires her body to a certain degree; hence, he wants to sever her romantic contract with her immediately.

But stubborn and strong-willed as she is, Ruka doesn’t give a budge! She doesn’t want Kazuya as a provisional boyfriend anymore; rather, she wants him to see her as a woman (hence, the over-the-top stalker tendencies she has on him).

5. Why is Kazuya the only solution?

We’ve seen Ruka time and time again sexually assault Kazuya in the series. She backs him down to a corner and seduces him constantly.

She even orders him to text her multiple times a day so he can meet the number of texts quota (a contractual term stated in the “Provisional Boyfriend/Girlfriend” agreement).

Many are thinking, “Why can’t just she move on from a hopeless romantic like Kazuya? After all, there are other men out there who can make her heartbeat up to 79 or 90 beats per minute?!”

Well, she tried. She entered the Maple Girlfriend Rental Service hoping that she can find the one to cure her heart ailment even just a little.

But the guys she met at the Rental Service were a) playing around with her, b) not seriously considering her as girlfriend material, or c) not giving her heartbeats of more than 60 BPM.

With a messed-up situation she finds herself in, it’s no wonder Ruka solely targets Kazuya. It’s hard to find a guy as unique as him even if his family and friends perceive him as a sleazebag. Besides, it’d be hard for her to find another one who can make her heartbeats as high as 79 BPM or 90 BPM!

As annoying as she is, it’s understandable why Ruka persistently follows and tracks Kazuya’s every move. But she has gone overboard while confronting Chizuru even if she is desperate.

How will the author redeem Ruka in the future? I’m not sure how, but here’s hoping she meets a guy who will respect and love her for her upbeat and cheerful personality, and not just because they are forced to cure Ruka from her heart disease. 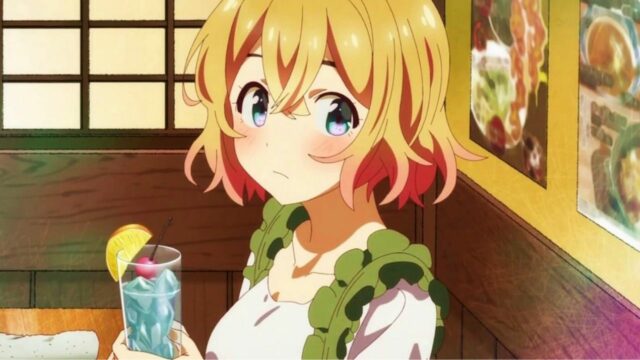 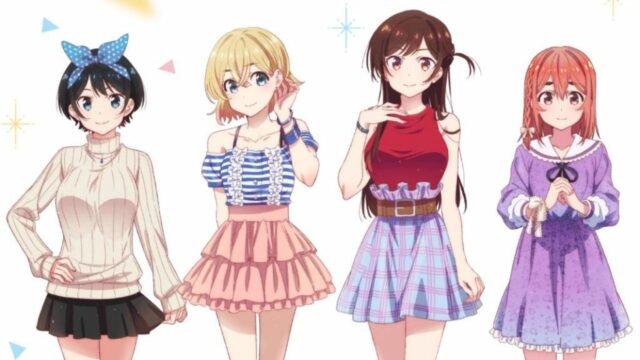