Kakushigoto anime follows a brilliantly crafted tale that portrays a father’s vehement love for his daughter. The anime was aired during the COVID-19 pandemic, and it managed to gain much popularity.

Kakushigoto highlights every parents’ anxiety and fears, gifting us a story-line that drives the anime to greater heights and gives it immense emotional depth. The franchise has decided to take one step further by announcing its theatrical edition.

On Saturday, the franchise announced on their “Kakushigoto Special Event” that the anime series is set for a theatrical compilation film.

The production of “Theatrical Edition Kakushigoto” has been decided! Whether you watched the TV anime “Kakushigoto” or not, it is a film that all of you can enjoy!!! Details will be available at a later date! Please wait for the follow-up report!

The announcement also states that even people who have not watched the anime series will enjoy the film.

The expected release date for the film has not been revealed yet. However, the franchise assures us that further details will be revealed soon.

The original manga by Kōji Kumeta has already ended on July 6. Kodansha Comics began digitally publishing the manga on March 17.

The anime adaptation premiered on April 2. The main staff and cast include:

The theatrical edition is expected to focus on the father-daughter relationship between Kakushi Gotou and his daughter along with some extra elements that weren’t there in the anime. Fans are expecting a heart-warming plot with lots of comedy elements.

The father is a manga artist who draws mature content and therefore tries to hide his work from his daughter because the truth might make her hate him. The official series synopsis reads:

“Kakushi Goto is a manga author who has been drawing a little vulgar series in a weekly magazine. The most important thing for him is his only daughter, Hime, but he does not want her to learn that he is a manga artist. Because if she finds out about his work, she might hate him. With help from his assistants and editor, he tries to pass his days without revealing his secret to her.” 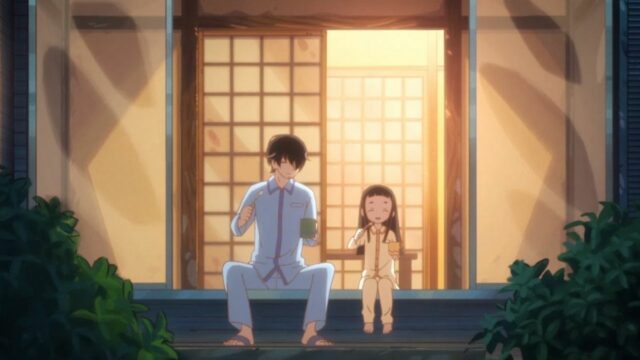