Chapter 139 of Jujutsu Kaisen titled “Hunter” saw quite a deadly turn of events for Yuuji.

Yuuji cleaned up the rest of the cursed spirit with the help of Choso, and Choso observed Yuuji’s growing cursed powers.

Meanwhile, Naoya Zenin had already caught up to them and threatened to finish Yuuji off before moving on to Megumi when Yuuji and Choso attacked him. The three put up quite a fight before Yuta Okkotsu made his appearance.

Will Yuuji and Choso survive the double attack?

Read this article to get all the details about the upcoming chapter of Jujutsu Kaisen manga.

In the recently released Chapter 139 of Jujutsu Kaisen, we know Naoya Zenin and Yuta have caught up to Yuuji and Choso.

Together, these two special grade sorcerers might unleash a double attack on Yuuji.

The fans wonder if Yuta will join hands with Naoya to kill Yuuji. Yuta has already caught upto Yuuji but if Naoya approaches him and shares his resentment towards Maki Zenin, then Yuta might not want to be associated with Naoya further.

Fans also wonder if Yuuji and Megumi will finally find each other and if Naoya Zenin will be stopped by Yuuji and Choso.

I. Is Jujutsu Kaisen on a Break This Week?

Chapter 140 of the Jujutsu Kaisen manga is not on a break this week. It will continue in the next issue of the Weekly Shonen Jump on 28th Feb as scheduled.

The raw version of chapter 140 of Jujutsu Kaisen has not been leaked. The new chapter may reveal Yuuji’s fight against two incredibly powerful opponents: Yuta and Naoya.

4. Where to Read Jujutsu Kaisen

The chapter starts with Yuuji and Choso cleaning up the rest of the cursed spirits near Shibuya. Choso was already impressed by Yuuji’s power, but now he observes that Yuuji has some finesse in his powers and fluid control on it as well.

Yuuji bickers with Choso about not calling him his brother, when Choso drops hints on a possible past memory claiming Yuuji’s father had stitches on his forehead.

Their conversation was immediately put to a stop with Naoya Zenin’s arrival. Naoya had found Yuuji way before Megumi could catch up and now he was preparing to kill off Sukuna’s vessel.

The mention of Megumi triggers Yuuji and he questions Naoya about his intentions with him. Naoya confidently claims that he wants Megumi dead which enrages Yuuji and the two along with the assistance of Choso start their fight.

While the fight is still ongoing, Yuuji and the others sense a strong amount of cursed power coming off from a person and immediately stop their brawl.

Yuta, who was the face behind the strong power, was surprised to see Yuuji with other people. The chapter ends with Yuuji now having to face not one, but two powerful opponents.

Will Yuuji be killed? Let’s wait for chapter 140 to find out the truth. 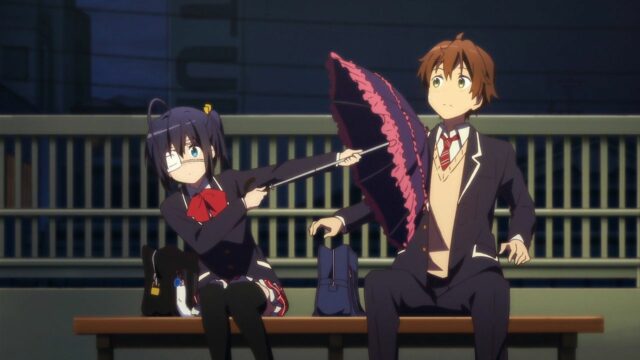