The last chapter had a significant battle between Vanica and the duo of Lolopechka and Noelle. As Vanica continued to clash with Noelle, the strategy thought up by Lolopechka was implemented.

However, Black Clover chapter 254 raw scans put a dampener on this short-lived victory and hint towards Lolopechka’s possible death.

1. Is Lolopechka going to die?

In the Black Clover chapter 254, just when Vanica releases 70 percent of her strength, she activates the magic spell – ‘Curse Warding magic: Decaying World’ which reduce the effect of any other magic. Due to this, the effect of Nero’s sealing magic is reduced and Megicula remains unsealed.

The only way Lolopechka can survive is if Gadjah arrives and buys her enough time to escape. Even then, the likelihood of this happening is low.

2. Does Lolopechka die? Is she already dead?

As Vanica continues to clash with Noelle, she gets so excited that she starts to use all her power, i.e., 70 percent. This is the perfect time to implement the strategy thought up by Lolopechka.

After Vanica uses the maximum amount of power she is capable of, Noelle calls out to Nero. Nero then tries to seal the devil’s power within Vanica using her Eternal Prison spell.

However, Black Clover chapter 254 shows that Nero’s spell does not work. In fact, the chapter shows Lolopechka growing weak. While Lolopechka is not dead yet, she is in a near death-like state.

In Black Clover chapter 254, it is proved that sealing a devil of Megicula’s stature is nearly impossible.

Just when Vanica released 70 percent of her strength, she activated the magic ‘Curse Warding Magic: Decaying World‘ which reduced the sealing magic’s effect. Due to this, Megicula remains unsealed and appears, taking control over half of Vanica’s body.

Due to Megicula’s presence, Lolopechka’s curse activates, and she falls to the floor in pain. Undine also starts to disappear because of the curse.

Vanica and Megicula decide to be merciful and end Lolo’s suffering but before they can kill her, Noelle attacks them and continues trying to fight.

READ:  Will Asta die in Black Clover? When will he die?

Noelle’s magic is closely related to water. Due to this, many fans of the series expected that Noelle would acquire the water spirit. However, their expectations were shattered when it was revealed that Undine already had a contract with Lolopechka.

In the latest chapter, we see Lolopechka’s curse activate due to Megicula’s presence. While Lolopechka is not dead yet, she is in a near death-like state.

This leads us to believe that in the case of Lolopechka’s death, Noelle might contract Undine. While it seems a bit far fetched, as Undine only works with the Queens of the Heart kingdom, Noelle might be an exception.

III. Is Undine, the Water Spirit, going to die?

Megicula then appears, taking control over half of Vanica’s body. Due to his close proximity, the curse on Lolopechka activates, and she falls to the floor in pain.

At the same time, Undine also finds herself disappearing under Megicula’s curse. Lolopechka’s cries and Megicula’s words raise a major death flag for Undine. However, despite the low chances of survival, her death has not been actually been confirmed yet.

After Megicula takes over half of Vanica’s body, Lolopechka’s curse starts acting up. When Megicula and Vanica move to put an end to her, Noelle interferes and attacks them and continues trying to fight.

While Vanica doesn’t seem to care about Noelle, Megicula recognizes her and stops in her tracks.

It is incredibly likely that Noelle reminds Megicula of Acier, who died under the hands of her curse.

Why does Vanica not remember Acier?

Since Vanica hosts Megicula, she should remember Acier, who died under Megicula’s curse. However, when Noelle asks Vanica if she killed her mother, she does not remember her.

In one chapter, Dante asked Vanica if she had gotten used to the devil’s power. This meant that she was a new host.

Due to this, it would make sense for her not to know Acier as Megicula probably had another host at that time. 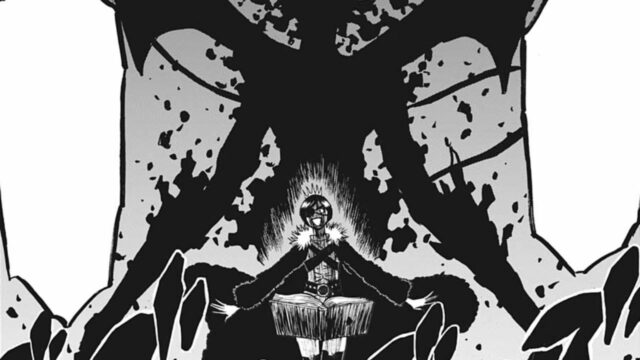