With Mori becoming a God, the “God of High School” anime has come very far from where it began.

What started as a competition where people could participate to get their wishes to come true ended up with its participants either fighting Gods or becoming one.

With Taek Jegal going on a murderous rampage, and Mori losing against him, the latter needed a tiny power up. And what better way to do so than becoming a God?

Episode 12 of GOH saw Mori revealing his true form, as everyone, even The Six, looked on in absolute wonderment.

Jin Mori is the reincarnated of the great God Sun Wukong. Also known as the Monkey King, he is one of the Nine Kings of the Sage Realm and rules over Mount Hwagwa.

He is also immortal because every time he “dies,” he gets reincarnated in another form.

In episode 13 of ‘God of High School,’ Park Mujin confirmed that Jin Mori is unlike power borrowers and is God himself.

Daewi’s sacrificial move to protect him and Mira awakened Mori’s true form, which was on the brink of revealing itself since episode 11.

After slipping into a semi-conscious state, Mori saw his past experiences where he alone was enough to eliminate Gods and devils.

As he woke up from this dream-like state, his eyes turned blue, and a crown-like headband manifested itself in place of his sleeping mask. With a magnificent weapon, Nyoibo, falling from the sky, Mori graced us with his God-like presence.

Mori is more than just a God [MAJOR SPOILER]
After ascending, Mori became a God and defeated Tathagata, thus taking one more step further, and becoming the Supreme God.

Remember Taek Jegal becoming a God-like being after consuming the Key and Greed? Multiply his power by 100 times, and you’ll get a tiny bit closer to Mori Jin’s true power.

Even if we talk about his current level of power, no borrowed power user or true martial artist can hope to battle him. Especially with the taboo still in place, even The Six would barely be able to control him.

With his Godly prowess and mastery over Re: Taekwondo, the only ones to stand a chance against Mori are Kim Ungnyeo, Park Ilpyo, and his grandfather, Jin Taejin.

[SPOILERS FROM THE WEBTOON]

Jin Mori is the strongest character in “The God of Highschool.” With mastery over the skills of a human, demon, and God, he defeated Tathagata and became as powerful as the supreme God.

Mori was capable of standing against the Gods and march into the heavens all by himself. He alone terrified them enough to make them send the nine-tails against him.

In the end, despite being trapped in the torturous nine-floor hell, he survived and returned stronger than ever.

Mori does not have a borrowed power because he is a God in the flesh. This factor along with his mastery over human, demon, and godly skills, makes it so that he has no need to depend on anyone else.

Throughout almost the entire first season, Mori was a true martial artist and used Re: Taekwondo and other fighting styles to battle against his opponents.

The ‘Twin Dragons” move, as well as the “Mori Jin: Original,” were all manifestations of his energy and were not caused due to anything supernatural.

However, in the last episode, as Mori’s true self as a God was revealed, the concept of him borrowing power becomes futile.

The last scene of GOH showed us Jin Taejin locked up, announcing Mori to be capable of winning against the Gods, fate, and even himself. This brings us to the question, who exactly are the enemies that Mori has to face?

From the last 3 to 4 episodes, Nox has been the main antagonist, and the Gods that they worship fall under the same category. However, with Mori being revealed as a God himself, many wonder if he will change sides and turn evil.

In all the flashbacks that we have seen of him, Mori appears to be quite cold-hearted and standoffish, as he faces hordes of Gods and their followers.

His exact relationship with them can be said to be antagonistic; however, as his memories are unsealed, we have no idea what he may become.

Mori is not evil; from what we have seen, that is. While it would be really interesting to see him show a darker side, in the end, it is difficult to imagine such a pure character turn evil.

While not truly evil, the previous Mori was definitely not a good king. However, one cannot let his past decide his future actions, and the current Mori is different.

Mori’s Past [Spoilers from Webtoon]
In the ‘Fake Monkey King’ arc, where Mori and the others went to his homeland, Oreguk, we saw a glimpse of who he was in the past. His fight against the Gods caused infinite casualties, and the people from his land suffered.
READ:  Will There Be The God of High School Season 2? 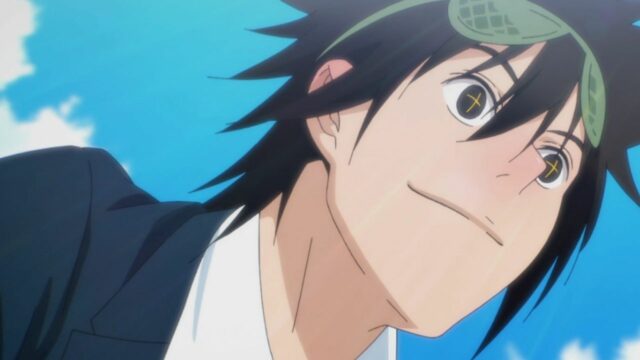 Who Is Mori Jin’s Love Interest in the “God of Highschool?”