Devils, the power-hungry, beastly creatures in Chainsaw Man, are notorious for being responsible for most of the human deaths in the series.

Some of them are so powerful that they can’t ever experience death due to external factors and can keep on existing forever. What is the source of this immense power devils possess? How do they gain strength exactly?

In the Chainsaw Man franchise, devils can gain power by feeding on the blood and fears of humans, fiends or other devils. The devil’s power will grow quickly if the intensity of the people’s fear is high for the type of fear that devil embodies.

While blood can be obtained through humans or other creatures, they mostly rely on humans for feeding on fears. The fear they feed on can be clearly understood by taking a look at the name of each devil; for example, Cockroach Devil is a devil which gains power through fear of cockroaches.

However, devils can also sustain themselves by just eating regular food, such as vegetables and fruits. Everyday food doesn’t help them to heal themselves or take their power to next level. Hence, many devils steer clear of regular food.

The lives of the devils are entangled closely with human beings since they are the main component of their diet. To obtain the human blood and fear they desire the most, devils use various methods and form relationships with humans.

Here are the different approaches devils use to obtain the power they need from humans and other creatures by obtaining their blood and fears.

1. The hostile approach: Attacking any human they wish to kill

Many devils view humans as a means of sustenance and hence, most of them are openly hostile towards them. For example, Darkness Devil, a primal fear devil, kills anyone it perceives as a threat.

Devils don’t have human rights, and hence, being friendly with a human won’t do them any good, especially since it puts them at risk of being killed by humans as well. This is why devil attacks are the number one cause of human death.

Some devils form contracts with multiple humans to obtain whatever they need. The Fox Devil is widely known for forming contracts with many humans and being friendly towards them. However, these contracts have conditions like any other contract. Fox Devil forms contracts with only attractive people.

Contents
What happens when Chainsaw Devil eats a devil?
How does Chainsaw Man get his powers?
About Chainsaw Man

What happens when Chainsaw Devil eats a devil?

Whenever Chainsaw Devil eats a devil, the existence of that devil is erased and its name is forgotten. Its power impacts the past, present, and future. This is why the Chainsaw Devil is regarded as the devil that devils fear the most.

How does Chainsaw Man get his powers?

The original Chainsaw Man, Pochita, gained his powers by killing fellow devils. The current Chainsaw Man also acquires powers similarly, except his powers range from the contract between Denji and Pochita when Pochita fused with Denji as he was dying. 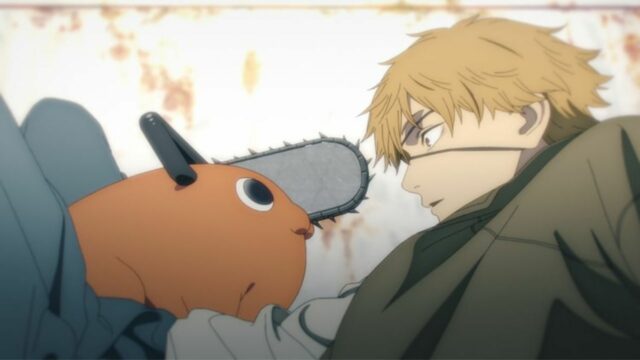