It looks like the Dragon Ball anime adaptation is stagnant, but the state of the manga is the exact opposite. The Manga is hitting fans with non-stop excitement while developing the plot further and further. Recently, the latest chapter of Dragon Ball Super released and the episode laid out some very interesting developments.

The chapter reveals that Goku has got himself a new teacher – Merus to master Ultra Instinct. This is how Goku asked Merus to teach him-

“I’ve seen enough for now. And it’s just like I thought … How about you train me,” Goku asks before adding, “I’ve got a feeling that training with you could get me close to mastering [Ultra Instinct].”

Merus has an exceptional ability to dodge attacks very smoothly. This is the type of movement Goku needs to learn to master ultra instinct. According to the manga- Merus’ true strength comes from his natural and instinctual rapid reaction to danger. Merus went through training to help him anticipate his opponent’s moves and sense danger faster. We saw this when Merus takes Goku head-on and quickly overpowered Goku in his base form. Merus was able to grab Goku’s arm and throws him aside in Super Saiyan form and was able to dodge Goku’s Super Saiyan 3 form attacks.

Goku impressed by this natural response of Merus, asks Merus to teach him too. Goku admits that he’s still “trying to master” Ultra Instinct and to defeat Moro, he has to master ultra instinct as soon as possible. 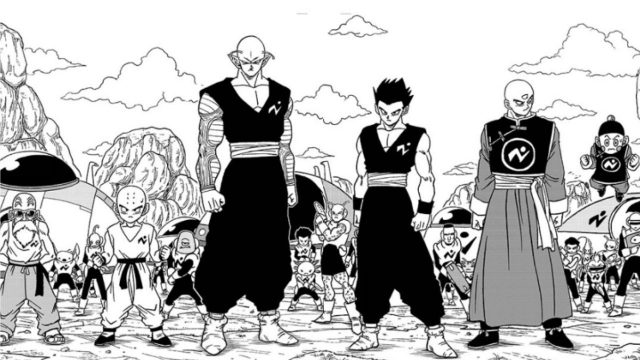