After fearing and being forced to use his strange ability, halfway through season 2, Subaru has now embraced this double-edged sword: ‘Return by Death’. However, with frequent use of it, Satella’s presence grows strong, especially when he tries to speak about his ability.

This episode, Subaru finally had a weight lifted off of his chest, as Echidna became aware of his ability, ‘Return by Death’. After talking with Typhon, Witch of the Wrath, and Daphne, Subaru has his work cut out for him. He has to deal with the barrier, the Great Rabbit, and finally Elsa and whoever is controlling that huge Mabeast, all within four days!

Coming back to this episode, the most important scene was when Satella appeared in front of Subaru and whispered a continuous string of “I love you”s. He got his arm ripped off, and yet the love declaration of this season was the scariest part.

While it seemed that nothing could top this event, the end credits scene managed to do just that (Go watch it in case you missed it!). As Roswaal is in his mansion with a copy of the Gospel, he gets swallowed by the shadows, not before saying something that deeply shocks some, and has others going, “I knew it.”

Contents
Does Roswaal Know About Return by Death?
How does Roswaal know?
Is he a villain now?
Is Echidna Evil?
Is Satella Possessing Emilia? – Finale
About Re:Zero

Does Roswaal Know About Return by Death?

Roswaal knows about Subaru’s ‘Return by Death’ ability, as, in the end, he tells the latter not to make any mistakes the next time.

Roswaal is one of the most intriguing and mysterious characters of the show, and it feels as if you literally don’t know anything about him. With his intellect and Subaru’s minimum effort in keeping RBD hidden, it makes sense that he knows or at least has an idea of what is going on.

Furthermore, after seeing that he calmly acknowledges his death, it’s safe to assume that he knows this isn’t permanent.

This also explains why he left before any major fights, as he just didn’t want to keep dying while Subaru tried different paths.

His dialogue at the end, where he tells Subaru “to not make any mistakes the next time,” all but confirms his knowledge about the ‘Return by Death’ ability.

READ:  What exactly is Return by Death? Why Can’t Subaru Die?

How does Roswaal know?

The poetic and ominous ending of Re: Zero S2 Ep9 has finally confirmed that Roswaal does indeed know about Subaru’s ability; however, all it does is make fans even more curious. After all, it wouldn’t be Re: Zero if every answer didn’t come with at least two more questions.

The current question that pops up is, ‘How does Roswaal know about ‘Return by Death’?’

While Subaru’s utter lack of effort in hiding his ability makes it easier to guess, there’s no way Roswaal would ever imagine that the boy next to him is capable of returning to life again and again.

A more plausible theory is his relation to the witches, especially Echidna. Remember how Roswaal wanted people to call her by her name? It could be possible that he is connected to her because of the Gospel he possesses.

Furthermore, the whole reason why their books are “true” might be because they were made by the Witch of Greed, who craves to know everything. This explains how Roswaal knows about true events and Subaru’s importance in achieving that future.

Is he a villain now?

Even after an entire season of seeing him, we have no idea what is going on inside Roswaal’s head. Due to this, most of his actions seem random but actually have some meaning or scheme behind it. This has led to many thinking that he’s a villain undercover who will reveal himself and kick Subaru when he’s down.

While he did try to kill Subaru at the start of season 1, to his defense, the latter was covered with the odor of Satella, i.e., the most hated and feared witch.

During their entire confrontation in season two, Roswaal basically devotes himself to helping Subaru, despite lightly warning him. Therefore, it seems unlikely that Roswaal is a villain.

What is Roswaal’s true goal? [Spoilers]
Roswaal wants to revive his teacher, Echidna, with the help of the dragon’s blood. He is not evil, as he is simply doing everything to fulfill his goal.

While we have cleared that part, what about the witch he seems to revere? Is Echidna evil? Let’s find out!

Echidna, the Witch of Greed, hasn’t done anything bad yet, and in fact, seems normal so far. However, that’s exactly what concerns us. After all, there must be a reason why she’s called a witch, right?

Many fans have drawn parallels between the scene where Echidna and the other witches meet, to the introduction of Hannibal Lecter in Silence of the Lambs. In the episode, we’re shown how crazy and twisted the other witches are, much like the other patients at Dr Chilton’s asylum. With Echidna, whose ordinary behavior mirrors Hannibal, we can’t help but question what the witch is like beneath her calm exterior.

Furthermore, Subaru’s visits to her tea-party also feel reminiscent of Clarice visiting the asylum. As the former seeks Echidna out for knowledge, she uses him for her own goals.

From what we have seen so far, she seems to have a moral compass but will continue doing anything for knowledge. She is a grey character, who is neither good nor evil, and only acts to satiate her thirst for knowledge.

As Subaru kept talking about ‘Return by Death,’ we saw a premonition of Satella’s shadow hands trying to break through Echidna’s tea party. In fact, he revealed so much about it that all hell broke loose.

After he regained consciousness, Satella was there waiting for him outside. Her appearance was extremely shocking, mainly because it was completely unexpected, especially after the tea party with the other witches killed by her.

With her going towards the mansion, the episode ended with the whole building being devoured by shadows. While Subaru has not used his ability yet, with Emilia and Rem’s fates still up in the air, he might very well be forced to kill himself yet again.

As shadows are devouring Roswaal and his mansion, Emilia is nowhere to be seen. This is a concern when we consider the fact that this is the first time we have seen the witch take on a physical form. Due to the eerie connection between Emilia and Satella, the latter is probably possessing her to appear in this world. 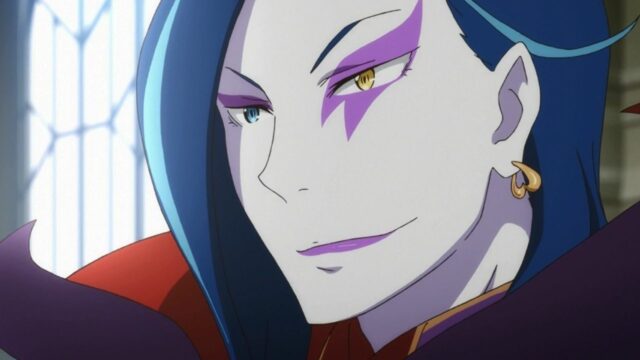 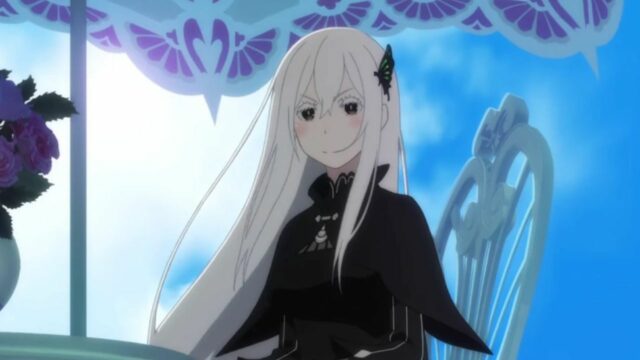 Is Echidna Evil? Why Is She Helping Subaru?