Black Clover is currently in the Spade Kingdom arc. This exceptionally interesting manga has recently been criticized by fans as the latest fights between the Dark Disciples and Golden Dawn squad seemed poorly written.

The Dark Disciples were beaten easily and this is something that Black Clover readers did not like.

Chapter 251, titled “The Curse Devil”, turned out to be a masterpiece by explaining why the Dark Disciples were beaten so easily. Turns out – they weren’t beaten. Thanks to an “undead” curse cast on them by Vanica, they cannot be killed till she is defeated.

Yuki Tabata, the series creator, recently mentioned that his father-in-law had passed away . This note left fans concerned about the mental health of the artist and his family. It is evident through the note that Tabata was close to his father-in-law and was grateful for his support towards Black Clover.

Fans understand the effect it can have on a person’s life and showed support for Tabata. Many even suggested he take a small break from work.

Previously, he shared that he kept passing out for some reason and could not produce the usual number of pages for Black Clover and apologized to the readers for short chapters.

Some people associated Tabata’s loss with the quality of the manga not being up to the mark. However, that wasn’t the case at all. Chapter 251 finally introduces Vanica. The Noelle and Lolopechka vs. Vanica fight is something that fans have looked forward to for a long time.

Instead of the typical “Onii San” personality, Vanica turned out to have a deviant personality. She treats her underlings as slaves and does not spare their lives if they anger her.

READ:  Is Spade Kingdom the strongest in Black CLover?

The chapter reveals that Vanica has put an undead curse on her underlings, which means they will come back from the dead until she is taken down. This puts our heroes in a tough spot because if they keep fighting the underlings, they will exhaust themselves, and if they don’t, Vanica will kill them all. 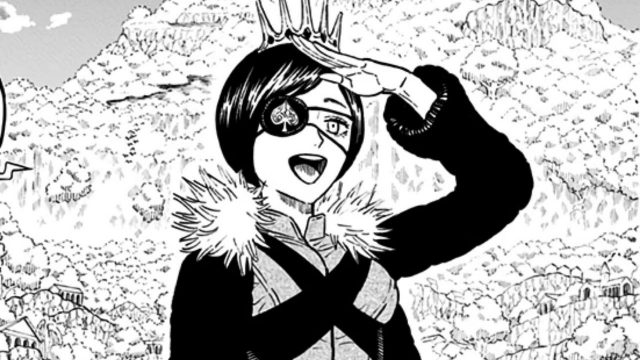