The Village Hidden In The Leaves/Konohagakure is a ninja village in the Naruto universe which is located in the land of fire. It was founded by the head of the Senju clan Hashirama Senju and the head of the Uchiha Clan Madara Uchiha who both wanted a place where ninja kids didn’t have to kill each other in clan wars and could live in peace. The Village hidden in the leaves or Konoha is one of the main settings for the popular anime Naruto. It is the birthplace of our protagonist as well as the majority of the main cast.

The Village hidden in the leaves or Konoha came after what was known as “The Warring States Period”, where no major villages or government existed. The strongest clans held the power and the Uchiha and the Senju were the two strongest in the Naruto Universe. During the Warring States Period, Hashirama Senju and Madara Uchiha would clash several times with Hashirama coming out on top every single time.

During a battle between the Senju and the Uchiha. Madara’s younger brother Izuna Uchiha would be mortally wounded by Hashirama Senju’s younger brother Tobirama Senju. To end the blood feud this had created, Hashirama was prepared to take his own life. But as he was about to stab himself Madara stopped him for he had shown his true spirit and “guts”. This would lead to the alliance being formed and Hashirama and Madara’s friendship to grow. When the two clans had begun construction of a new village Madara had named it Konoha (Village hidden in the leaves) for the vast amount of tree leaves floating through the air obscuring the village from sight. Soon both leaders decided that a single person should occupy a role as head of the village. Hashirama instantly gave the job to Madara but Tobirama demanded it is put to a vote instead. This would lead to Hashirama being named the First Hokage of Konoha.

The concept by village hidden in the leaves was so good and democratic that it led to the foundation of other major villages in each land, hence the Five Kage(Hokage, Raikage, Mizukage, Tsuchikage, Kazekage) came into being.

Soon after this though, the Uchiha clan began to lose footholds in the hierarchy of Konoha prompting Madara to try and lead his clan away, but they refused to listen to him and soon Madara would be abandoned by his own clan. Because of this and the prejudice, Tobirama and other people showed to him Madara would leave the village as well and journey away. Not long after he would return but this time as an enemy. In the ensuing battle between Madara and the first Hokage, Madara would die after being stabbed through the chest by Hashirama.

Qualification to be Hokage

When Hashirama and Madara created the Kage, other nations followed the same. Mist shinobi had the Mizukage, Stone shinobi had the Tsuchikage, Cloud shinobi had the Raikage, and the sand shinobi had the Kazekage, Kage themselves are the strongest shinobi in their respective villages. The first level a shinobi/ninja attains is Genin, then Chunin. Some shinobi never get past chunin, but if chosen they can reach Jonin level. Jonin is the highest level a ninja can attain besides Kage. Candidates are chosen from the Jonin level, then a vote is taken to decide who will become the next Kage.

Village Ranks in Village Hidden in the Leaves(Konoha)

Genin is the lowest ranking shinobi in a ninja village and is considered an amateur. Though Genin is the first stage as well as the acknowledgement of becoming a shinobi in any of the villages including village hidden in the leaves. Students who pass from the ninja academy are termed as Genin and are provided with respective headbands and are sorted into teams of 3 which are led by high-ranking shinobi of the village. Ps..due to various occurring incidents Naruto never got the chance for giving Chunin exams, so even though he is Hokage, he is still Genin in Konohagakure.

Chunin is a title that comes after the Genin. Chunin is marked by adulthood of a shinobi, i.e., a Chunin is certified to lead a team and go on A and S rated missions. To become a Chunin one must show not only battle prowess but the integrity, instincts and much more qualities possessed by elite shinobi in the village hidden in the leaves and other major villages. Chunin is a title achieved by Genins who pass the Chunin Exam. However, passing a test is not the proper qualification of being Chunin as stated in the series that coming at the top doesn’t mean you will be a chunin, the rounds and exams are just so you could get examined as was shown when Shikamaru Nara became the Chunin despite losing to Temari in the Finals during the matches conducted in the village hidden in the leaves.

Jonin is yet another feat accomplished by shinobi. Jonin are the elites of the village with powers to defeat a whole battalion of an enemy. They possess and show extraordinary battle experience and strength as shown by Kakashi Hatake and Might Guy. Ordinarily, Jonin is the strongest shinobi after Kage in the village, except for the village hidden in the leaves and its Sannin(Jiraiya, Tsunade and Orochimaru). There are no particular tests to become a Jonin, it is up to the kage of that village to analyse the feats accomplished by Chunin and promote them to jonin level, as shown when Tsunade chose to make Shikamaru, a Jonin.

From Hashirama Senju, the first Hokage is known as the “God of Shinobi” with unrivalled strength to the Hero of the World, Uzumaki Naruto, the Seventh Hokage who saved the world.

All Clans in Village Hidden in the leaves(Konoha)

The Village Hidden in the Leaves/Konohagakure consists of many powerful and well-respected clans. Of these, there are four clans which are regarded as the noble clans. These are the: Aburame, Akimichi, Hyūga and Uchiha clans — the latter of which was regarded as the most powerful clan in the whole village. All known clans in the Konoha are:

The standard attire for all of the Konoha shinobi consists of blue or black shirts which may or may not have swirl patterns on the shoulders, along with matching coloured pants under a green flak jacket which also has a red swirl on the back, and pockets on the chest area. They also tend to wrap bandages around their legs. Many ninjas of the village hidden in the leaves use Fire Release techniques.

Konohagakure/The Village Hidden in the Leaves has a protocol in case the village is ever under attack :- 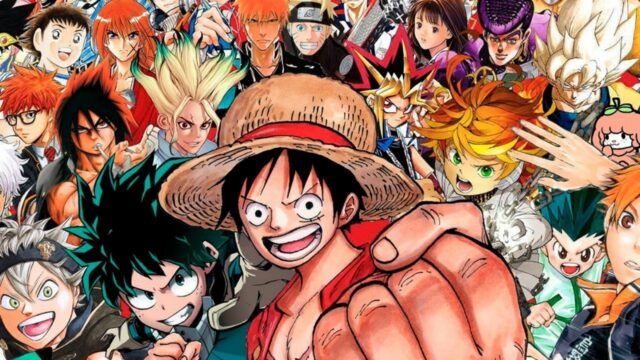