One Piece creator, Eiichiro Oda, has admitted that romance is not a huge focus or part of the series. Still, that doesn’t mean that there are no signs of it.

Y’all know where I’m going with this, right? I don’t know about you, but Zoro is the central character for me in Wano! Even with the spectacular visions and amazing plot, I can’t help but rewatch the scenes with Zoro and Hiyori.

In the series, she is the only person who shares an intimate moment with Zoro. Zoro saves her from Kamazo and in return heals his wounds. They slept together on a cold snowy night. Hiyori even tease Zoro if he was happy sleeping with her.

Hiyori might have a crush on Zoro, he being her savior. She trust him and even gave her father’s heirloom Enma to protect her country.

Zoro ending up with Hiyori makes perfect sense given the fact he has a deep connection with Wano. He doesn’t mind sleeping with Hiyori as he didn’t even push her away.

Also, Zoro’s possession of Enma may be a hint of him becoming the next daimyo. A samurai and a samurai’s daughter completely solidify the perfect pair.

Zoro met many women along his journey, but it is Hiyori who got the closest with him. They getting married will not change much of the story since both have their roots in Wano.

Also, Hiyori is not from the Straw Hats which rules out Oda’s statement about crew relationships.

While, Hiyori is the perfect candidate for Zoro’s marriage other women also have a connection with Zoro. Looking at all the possibilities besides Kozuki Hiyori, Zoro may end with Nami, Tashigi, Perona, Yamato, or Kikunojo.

1. Whom will Zoro Marry?

Zoro marrying Hiyori is very likely after he finds the treasure. Hiyori is the main prospect for Zoro’s love life. She is the only woman who had an intimate relationship with him. Their connection also resembles that of Oden and his wife.

The way Zoro saved Hiyori and how he didn’t mind her treating his wounds, to sleeping with her just shows how comfortable Zoro is around Hiyori.

Oden was a meathead when it comes to romance. He saved Toki and she developed feelings for him. They got married and had two beautiful kids.

Looking at how Oda made Zoro and Hiyori’s story somehow resembles Oden and his wife. This may be a hint on how Zoro’s love life will progress.

Zoro is a blockhead who thinks only of swords and sake. Nevertheless, if in the future Zoro plans on settling down after finding the treasure, marrying Hiyori makes perfect sense.

She gave him the most treasured heirloom Enma and knowing how Zoro is, the sword is probably the way to his heart.

2. Will Zoro End up with Nami?

Both Nami and Zoro are the founding members of the Straw Hat Pirates and they know each other very well for a very long time.

Although they often butt heads, they have mutual respect for their strengths. Zoro respects Nami’s abilities when it comes to navigation and will blindly follow her commands when it comes to directing the ship.

They understand each other very well to the point where they can fight yet understand the other’s needs. In Syrup village, Zoro takes one of Usopp’s shots to protect Nami from harm. When Zoro fought with the enemies, he had a hard time fighting with two swords.

Nami knowing exactly what Zoro feels kicks a katana towards Zoro which turns the tide of the battle. Nami’s brave move of putting her own life on the line for Zoro’s katana just shows the amount of trust they have for each other.

Zoro’s understanding of Nami can also be seen when he goes to save Nami from Arlong. He saw through the whole Nami’s act where she tries to lie straight on his face.

During the Reverse Mountain arc, it was Nami’s amazing navigation that help Zoro who has no sense of navigation. She is also probably the only person who can hit RORONOA ZORO.

With that said, Zoro will not end up with Nami in One Piece. Even if Oda allows such a relationship between the crew, it doesn’t make sense for Zoro and Nami to be together as both have different goals and priorities in life.

Nami’s connection feels stronger with Sanji in that regard – the seafaring chef and the woman who wants to draw the map of the entire world.

3. Will Zoro End up with Tashigi?

Captain Tashigi is a Marine officer serving under Vice Admiral Smoker in the base of G-5.

Tashigi looks just like Zoro’s childhood friend to whom he made a promise to be the world’s greatest swordsman. Tashigi also said the same thing and on top of that, she looks just like Kuina.

Zoro is someone who loves the sword and having someone with a similar interest is surely a bonus. Zoro and Kuina would have ended up as siblings had she lived to adulthood.

Yet that doesn’t mean it’s the same for Zoro and Tashigi. The series hasn’t focused much on them other than the fact that Tashigi resembles Kuina. Zoro is a pirate while Tashigi is a marine that already gives a big no to them ending up together.

Zoro marrying Tashigi is not a likelihood as both their endeavor (pirate and marine) contradicts one another. They have similar interests in swords and have the same goal to become the greatest swordsman but it ends just at that.

4. Will Zoro End up with Perona?

“Ghost Princess” Perona is the former commander of the Wild Zombies and Surprise Zombies of Thriller Bark before its collapse.

Perona encountered her former foe Zoro in Kuraigana Island. Zoro was sent to the island by Kuma for training, whereas Perona simply stated that she wanted to go somewhere dark, dank, and mysterious.

Despite being shocked to see him she treated his wounds as he was the only other person there at the time. Though they quarrel a lot, the two developed a relationship of mutual trust by living on the island for two years alongside Dracule Mihawk.

She also willingly brought Zoro back to Sabaody Archipelago and later held back the Marines to allow the Straw Hats to escape.

They don’t have similar tastes and have had perhaps one or two good conversations throughout the entire series. Zoro and Perona may not exactly be strangers, but they hardly like each other.

Perona’s relationship with Zoro can best be described as sibling-like and nothing more. They spent two years together relaying on each other when needed but other than that they are more like strangers. So, there is no chance of Zoro ending up with Perona.

5. Will Zoro End up with Yamato?

Yamato is the daughter of Kaidou of the Four Emperors. She truly respects and admires Oden to the point where she decides to become Oden.

She has a deep connection with Oden’s loyal followers from whom she learns to read Oden’s journal from them. She also made friends with Ace when he visited Wano. After Ace’s death, she decides to follow Ace’s brother Luffy, to set sail with his crew as Oden did with Whitebeard and Roger.

It will make sense if Yamato ends up with Zoro as both follow the life of a samurai. They have a deep connection with Wano though they aren’t from Wano itself. Yet, that’s about it for their relationship. Yamato seems closer to Luffy than Zoro, Luffy being Ace’s brother.

Zoro ending up with Yamato is highly unlikely. They share the same passion for the sword and have deep connections with the land of Wano but that’s all they have in common. Yamato respects the Straw Hats and wants to set sail with them and nothing more.

6. Will Zoro End up with Kikunojo?

Kikunojo is a samurai from the land of Wano and a retainer for the Kozuki Family who served Oden before the time traveled.

Kikunojo and Zoro have a lot in common as fellow swordsmen. Like Zoro, she has a strong sense of justice and a need to protect the people she cares for.

Even though they haven’t known each other for very long, they have a deep understanding of each other. When Kikunojo was being held hostage, Zoro said he would not help her, showing that he understood she was perfectly capable of saving herself.

Zoro’s strength and Kikunojo’s nurturing nature balance each other out, allowing them to both protect and take care of each other.

Zoro ending up with Kikunojo is not a likelihood as both live the life of a samurai to protect people. For both of them their duties come first then their personal feelings as such I don’t see their relationship going any further than being an acquaintance. 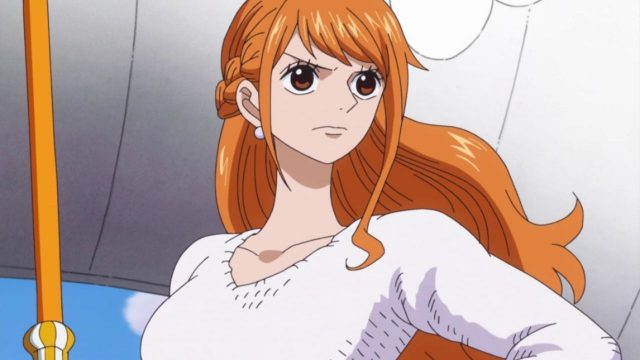 1 reply on “Who will Roronoa Zoro, the Former Pirate Hunter, End up with in One Piece?”