The ascendance of a Bookworm is a wholesome treat for book lovers. Myne/ Urano’s penchant for books might seem overly dramatic to some but the sentiment is shared by all book lovers in varying degrees.

What acts as an obstacle in Myne’s bookmaking business is her sickness, called the Devouring. So what is The Devouring?

The Devouring manifests in commoners who possess an excessive amount of mana. Temporary remedies include alleviation of stress or expensive medicines. A permanent solution requires one to form a binding contract with a noble in exchange for releasing it.

The Devouring is a sickness that ails commoners who have an excess amount of mana within their body. This causes high fever arising from overworking, depression or stress.

With no way of releasing this excess mana, it tends to build up within the commoner’s body and likely results in death. This is the fate of most commoners with mana. It is said that most children who develop mana rarely survive until their baptism age of 7.

Although The Devouring is generally fatal and incurable, there are a few ways to survive the sickness or even make it dormant.

Temporary measures to keep the Devouring at bay is keeping oneself motivated and getting out of depressed phases of stress-inducing situations. If one is able to keep their mental state healthy, then they’ll be able to keep the sickness at bay.

But these measures are quite unreliable as stress and depressive phases are something all humans are vulnerable to. Another temporary solution is to use the medicines available for it. The downside of this solution is a class issue that the show seeks to address.

The medicines available are quite expensive and thus, only accessible to the nobles. It is only through working excessively that one can buy those medicines which can be counterproductive if the person overworking is the one suffering or their family member.

Nobles who possess excess mana use bracelets that absorb the surplus mana. The faulty version of these bracelets make their way to the commoners market but they only work for a year or so since they’re faulty. For example, Frieda and Myne wear the faulty bracelets to keep curb their sickness.

The ultimate and viable solution to persist over time is to establish a binding contract with a noble in return for releasing the mana. For example, Frieda has entered into a contract to become a noble’s concubine to help with her Devouring.

But there exist other unconventional ways to release mana as seen by the contract Myne makes with the city temple to help supply them with mana. Myne, in turn, got access to the City Temple’s library and work on her dream of becoming a librarian.

4. Who all suffer from the Devouring?

Gustav agrees in exchange for Myne’s hair ornaments that he wished to give his granddaughter for her baptism. His granddaughter turns out to be Frieda and thus, Myne is introduced to another person suffering from the Devouring.

Gustav’s wealth and connections allowed him to procure magical tools to curb Frieda’s sickness. It is disclosed that Frieda has entered into a contract to become a noble’s concubine in exchange for treating her sickness.

5. What if Myne learns to use her mana? [Possible Theory]

In the final episode of Part 1, Myne demonstrates her ability to use mana to attack someone. This sudden explosion of power is termed as “Crushing” and this occurs when the host of the Devouring is overwhelmed with emotions.

Myne after seeing her parents’ being attacked by the temple guards is overwhelmed with anger and attacks the High Bishop. This shows that she is able to channel her mana into power albeit not accurately. But what if Myne learns to use her mana?

We theorize that Myne would channel her mana into her dream of becoming a librarian and creating a paper or bookmaking business. She will probably attempt to destroy the monopolization of books and other facilities by the elite. Myne is allowed to become a member of the Church with full benefits – this will allow her to learn more about the noble way of life and how parasitic it is.

6. About The Ascendance of a Bookworm

The Ascendance of a Bookworm is a Japanese light novel series written by Miya Kazuki and illustrated by Yō Shiina. It was serialized on a website Shōsetsuka ni Narō in 2013 and later migrated to a light novel medium. Currently, it has been collected into 22 volumes under TO Books.

The Ascendance of a Bookworm follows Motosu Urano, a lover of books, who is ironically crushed to death by a pile of books during an earthquake. She is then reincarnated into the body of Myne in a world where books are accessible only to the elite. In this world, Myne/Urano decides to create books by printing them – thus, creating a book business and making her dream of becoming a librarian real. 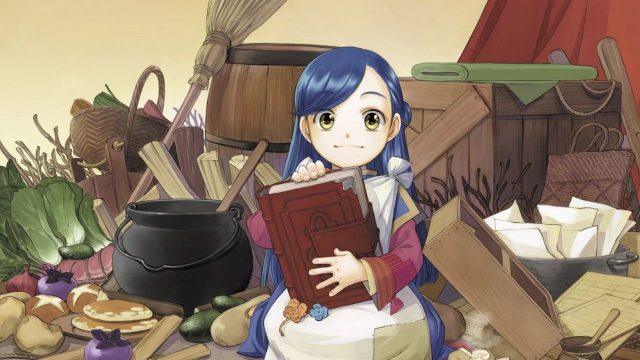 Is Ascendance of a Bookworm Worth Your Time?

Ascendance Of A Bookworm OVA Episodes Previewed In Teaser Video