The God of High School Webtoon was recently adapted into an Anime, and people just cannot get enough of it. As far as we’ve seen, the original story is wonderfully adapted with a few tweaks here and there.

The fight scenes are also beautifully animated, and the power can be felt through the screen!

After the recent release of episode 2, we have been introduced to some new terms such as “Charyeok.” What exactly is this power that is capable of destroying an entire island?

Charyeok is the act of borrowing power from a Supernatural being such as a God, Demon, Spirit, or Ghost by forming a contract with them. God Points (GP) is the numerical equivalent of the power one’s Charyeok possesses.

Upon accessing that power, the user can shape and manifest it through their imagination. It is through GP that we measure the strength of this borrowed power.

Let’s discuss the amount of information that has already been teased in the anime – you will be shocked how much!

After the first episode ended at a cliffhanger, with Jin Mori facing off against the restrained Gang Manseok, in God of High School episode 2, we were able to see how it played out. We even find out about the ability that destroyed the island in episode 1- Charyeok.

Furthermore, in the series, the main trio – Jin, Daewi and Mira advance past the preliminary stage and talk about their motives for entering the competition. As the finals start, the episode doesn’t focus much on their battles, but Gang Manseok’s fight against Go Gamdo – the Tai Chi master.

Jin interferes at the end of their match due to the dirty fighting style of Gang Manseok and has a quick bout with him using his Renewal Taekwondo. However, he is restrained by the tournament organizers.

READ:  Is The God of High School worth watching? – Complete Review

SPOILER ALERT: Below this, I have explained Charyeok and GP thoroughly which may contain spoilers from the manhwa webtoon.

Long ago, humans, monsters, and gods lived together on Earth. After being suppressed by the monsters for ages, the chieftess of a human clan named Ungnyeo asked the gods to lend them their power. This was how Power Borrowing was born.

However, this initial method of power borrowing had noticeable drawbacks and was eventually abolished and changed into the new Charyeok system that is currently present.

Hence, Charyeok is the act of borrowing power from a Supernatural being such as a God, Demon, Spirit, or Ghost and manifesting it by forming a contract with them.

Upon accessing that power, the user is able to shape it through their imagination and make it their own unique ability.

Whenever Charyeok or any divine power is used, it diminishes the user’s life energy. Consequently, if someone uses this ability for too long, they experience intense fatigue and physical drawbacks.

Mira’s Charyeok is called Yeo-Po Bong-Seon. It enhances her fighting ability and swordless sword styles. Her Charyeok was in fact the owner of her National Treasure sword. She can also directly summon her Charyeok’s avatar to attack the enemy. When using Direct Contract, Mira’s hair turns white.

Daewi’s Charyeok is Haetae; a watery creature capable of easily blocking another Charyeok attack. In its full form, it resembles a blue dog-like creature with multiple fangs, big nose and eyes, and a top hat. His borrowed power has also the ability to heal.

In the first two episodes of the anime, we have already seen Park Mujin obliterate an entire island and manipulate gravity to suppress others. He can do this thanks to his Charyeok, Longinus.

He can access his Charyeok through his right hand which has the shape of a cross imprinted on his palms. In addition to gravity manipulation, it also allows him to use a barrier-like ability. He can also summon Longinus’ avatar to attack his enemies.

In episode 3 of God of High School, we saw Mori fight against Judge Q as part of his punishment. During their battle, Judge Q’s revealed his Charyeok to be a Joker with crosses for eyes.

The Joker provided Judge Q with a high level of inhuman abilities, which was seen when he defeated Mori within moments of summoning it. The Charyeok was seen carrying a scythe, small blades, and Q’s signature cards.

GP or God Points is the numerical equivalent of the power one’s Charyeok possesses. It is through this that we measure the strength of their borrowed power.

After borrowing power, aka Charyeok, there are different ways in which it can be manifested. One such way is through a Key.

A key is a very powerful type of Charyeok that can seal and awaken abilities in mortals and gods alike.

Described as “the existence that will drag the gods from heaven”, Keys are Charyeok that’s born out of intense hatred and wrath.

It was revealed in the first few chapters of the Webtoon that it was to find these “Keys” that Park Mujin held the God of High School Competition.

There are only 2 known Keys out of which one is the Nine-Tails Guardian, i.e, the Charyeok of Park Il-Pyo.

There are currently only two known keys, out of which one has already been teased in the God of High School poster – Park Il-Pyo.

In the poster, we can see Il-Pyo manifesting his Charyeok, the Nine-Tails Guardian, in the form of nine fiery tails. Being one of the Keys his borrowed power has the ability to awaken his potential enabling him to attack even gods, and higher beings.

Soojin Lee, the second key, is the reincarnation of ancient ‘Pandora Box.’ She is the second key who, with Park Ilpyo, can break the taboo of the Gods.

She was teased in the third episode of the God of High School anime as a Bishop of Nox alongside Mandeok Sang.

She is also the granddaughter of the creator of ITF Taekwondo, and hence, is the sworn-enemy of Mori Jin as her only desire is to beat Mori and his Renewal Taekwondo to prove that her grandfather’s ITF is the best between the two.

6. About God of High School

The God of High School or GOH is a South Korean webtoon written by Yongje Park. God of HighSchool was first posted on Naver Webtoon on 8 April 2011; it was one of the first webtoons to receive an English translation at the launch of Line Webtoon app and website in July 2014.

“If you win you can have ANYTHING you want”. They’re recruiting only the best to fight the best and claim the title of The God of high school! 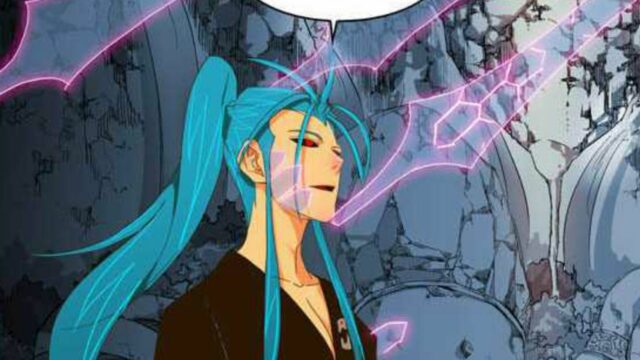