WOW! As dumb a description as that three-letter word sounds for an experience as subliminal as The Midnight Gospel, it is the truest possible one.

And this is just a shortlist of all the moments that my brain, wrecked after a night-long binge-watch of the 8-episode series — could come up with. Yours could be completely different.

Because that is the magic of writer-comic Duncan Trussell’s The Midnight Gospel — there is a unique trip for each one watching.

Here is a viewer creating their own space to just watch this film.

I’m about to watch maybe the 3-4 episodes of @MidnightGospel in my float tank, which I’ve installed a HD projector in, so I can watch @duncantrussell’s latest creation in a totally novel way that no one else in the world will be able to experience without my permission! pic.twitter.com/F7MTNHLWpU

Why should you watch this show?

The Midnight Gospel follows Clancy on his adventures in alternate universes simulated for him by a faulty simulator. Due to a personal tragedy, Clancy is especially drawn to dying worlds where he chooses a character to talk to, for his podcast.

READ:  Love 101 : Listen To The Music From The Netflix Turkish Drama On Spotify

From every journey into a simulated world, he comes back with a podcast and a pair of shoes that are like a souvenir from each world. (Sometimes he also brings back a forbidden artifact, but then that is a thing for the cliffhanging aspect of Season 1.)

Now I could write a whole book about reasons to watch this insanely beautiful film. But let me limit myself to writing a pretentious poetic ode. (Because the quarantine seems to have made artists out of us all, even the investment bankers, so why not I try my hand at poetry?)

Watch The Midnight Gospel if you are big on the bigger questions of life — where do we go after we die, should enemies be forgiven, is this world but a simulation, et cetera.

Watch The Midnight Gospel if beautiful and pink gore is your thing. Guts wrenched out, eyes gouged out, limbs chopped off, flesh vaporized -– it is all here in a beautiful neon color code

Watch The Midnight Gospel if you are tired of watching things on screens, but there is no way out coz podcasts are too geeky for you.

Watch The Midnight Gospel if archetypes, mythology, Tantra, the cycle of life, metaphysics are your triggers. If you are even slightly turned on by these ideas, then here’s an ecstasy trip for you. (Quite literally!)

Watch The Midnight Gospel to realize how your brain can handle the starkest contradictions with a little practice. In each episode, there is a violently dying world in the background of a podcast that is eerily detached and quiet

Watch The Midnight Gospel flush the water closet of your brain of all the s**t load of poor quality entertainment collected in there over the years.

Watch The Midnight Gospel if you want to introspect how we are all Clancy (the show’s main guy) running away from our realities into the warm and comfy womb of electric media.

Now, if the artist in me failed to convince you to watch this show, here are some cool facts.

The Midnight Gospel is actually a series of podcasts recorded long before the actual film was created. The film’s audio has been directly picked up from select episodes of The Duncan Trussell Family Hour podcast.

So our hero Duncan Trussell (voiceover to Clancy) was busy doing what he does best — talking to intelligent strangers about the deepest, most meaningful aspects of life. The topics included drugs, psychedelia, altered states of mind, existential dread, vengeance, ego, loss, fear, pain, and death.

One of the guests had even spent 18 years in prison after being wrongly convicted for the murder of 3 school kids. In his podcast, Damien Echols spoke to Duncan about ceremonial magic and enlightenment.

Other names included Anne Lamott, a novelist, and progressive political activist, and Raghu Markus, a follower of the Indian guru Ram Dass.

He together talked about death and the afterlife. Songwriter and Buddhist teacher David Nichtern shared the basics of meditation. At the same time, death acceptance advocate Caitlin Doughty explored how each one deals with the inevitable truth of the end of life.

However, the most spectacular guest of Duncan’s podcast has to be his dead mother, Deneen Fendig. She had recorded her podcast with Duncan a few weeks before succumbing to cancer in April 2013.

In a strange coincidence, the series premiered last week on April 20, which also happens to be Duncan’s birthday. Cheers to all those who get the irony of this coincidence, to others, y’all need to watch the show!

So when Pendleton Ward, the brilliant creator of Adventure Time, hears Duncan’s podcasts, he shoots a mail with the idea of doodling to his words. And as they say, rest is history.

“So when I think of that, Wow, podcasting is like throwing messages, putting messages in a bottle, and just throwing it out in the sea. And you’d never know who’s going to write back.”

“(Podcasting is like sending) Dandelions in the wind. That’s right. You’ve got to put it out there and realize that anything that comes after that is the icing on the cake. The thing itself, the action itself is the real joy. For me, the podcast is just getting to sit down with people for an hour or two, and we have a conversation uninterrupted, like this, is really delightful and transformative. Where the rubber hits the road, so to speak, is the moment … I get to meet somebody that maybe I never met before, who ends up teaching me something I never heard before. That’s the real psychedelic, that’s the real trip.”

In a nutshell, this Tweet here sums up my rant.

how will you spread the word of the midnight gospel today?

If you haven’t already watched the Midnight Gospel, go watch it now! And have a blissful quarantine. 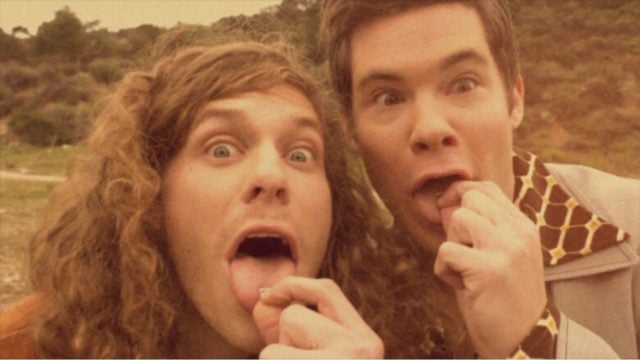