Netflix has renewed The Baby-Sitters Club for a second season. Kristy, Claudia, Stacey and Mary Anne will get to keep their business running for some time longer. The new season is scheduled to release in 2021 but no specific date has been announced yet.

The brand-new adaptation, which debuted on Netflix in July 2020, has been praised for remaining faithful to Ann. M. Martin’s famous books, at the same time making it suitable for the modern audience.

The Baby-Sitters Club follows a group of middle-schoolers who open a babysitting business in their hometown Stoneybrook, Connecticut. They name it The Baby-Sitters Club. The club is made up of Kristy, Claudia, Stacey, and Mary Anne. All the club members have a different personality and it is their differences that keep the club going.

Ann. M. Martin’s books about The Baby-Sitters Club were a highlight of the 90s and a favorite of thousands. The books had been adapted to a hugely popular TV series before, in 1995, which starred Schuyler Fisk, Rachael Leigh Cook and Larisa Oleynik.

When news broke that The Baby-Sitters Club was being made into a TV series again, not many were too eager to watch it. But the series has defied all expectations and performed well, bringing back waves of nostalgia for an entire generation.

The first season of The Baby-Sitters Club is available to stream on Netflix.

Have you watched the new The Baby-Sitters Club? Which one do you like better?

About The Baby-Sitters Club:

The Baby-Sitters Club revolves around a group of middle-school girls who open a club dedicated to babysitting. The members of the club are Kristy, Claudia, Stacey and Mary Anne.

The Baby-Sitters Club is based on Ann. M. Martin’s books of the same name. It has previously been adapted to two tv-series and two movies. 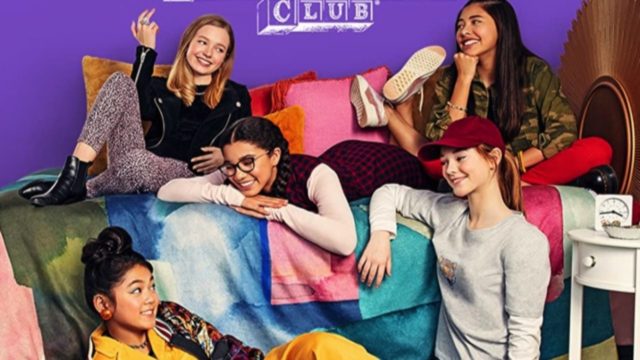