Similarly, if you are the weakest amongst monsters, YOU are the monster amongst normal human beings.

This theme has been presented brilliantly in ‘Tatoeba Last Dungeon Mae no Mura no Shounen ga Joban no Machi de Kurasu You na Monogatari.’

Suppose a Kid from the Last Dungeon Boonies Moved to a Starter Town (or LasDan as named by the community) is a light novel series written by Toshio Satou and has seven volumes so far.

The fantasy anime adaptation will be premiering this October. Let’s discuss its release date and plot in this article.

An anime adaptation of the anime was announced during a livestream for the GA Fes 2019 event.

Suppose a Kid from the Last Dungeon Boonies Moved to a Starter Town is set to air in January 4, 2021 as it was delayed from its original October release. It will be broadcasted on Tokyo Mx and will run for 12 episodes.

The makers of the anime haven’t revealed the exact release date of the broadcast, but we will update this article once we get the information.

The novel is oddly very popular among fans; it has fantasy, an oblivious MC, and slapstick humor to boot. So why not discuss all the reasons that will make the anime so interesting?

2. Popularity of the Franchise

The light novel began serializing in February 2017, and just seven months later, a manga based on it began publishing.

The manga has released three tankobon volumes to date.

With more than 1 million copies of the novel sold, an anime adaptation will air in a few months!

The fans of LasDan are excited to know the cast and staff working on this project. Deko Akao on the script, Michiru on music, and migmi directing the entire series, all under LIDENFILMS.

Fans’ Expectations from the Anime

There are many things a fantasy anime lover expects these days: No isekai, good character development, and humor to compensate for the underlying dark tones.

LasDan promises all these and more!

The circumstantial hilarity is amazing as the innocent protagonist who doesn’t know the truth about his power accidentally keeps obliterating his enemies.

Fans equate Lloyd to the famous Saitama, but with more drive and innocence. Fans are eager to see how the situation will be presented in the anime.

The studio’s animation has always been decent and very good. Its recent series have improved a lot in terms of art.

The backgrounds are well-drawn, and the colors pop-out. The one that took the cake is the character design.

We know that LasDan’s character design is different from that of the original novel; hopefully, the studio can elevate it to a new level.

Though the animation isn’t anything special, they don’t overuse CGI and balance the aesthetic and animation ratio properly for action scenes.

Optimistic young Lloyd would like nothing more than to achieve his life’s dream of becoming a soldier in the capital.

Unfortunately, his neighbors and friends consider him the weakest boy in the village and are sure Lloyd will meet his doom the minute he sets out on his foolhardy journey.

But no one realizes that by living near the most dangerous dungeon in the land, what the locals consider to be everyday annoyances would be apocalyptic for anybody else!

Lloyd may think of himself as powerless, but when he goes to the city that serves as the starter town for adventurers, the difference between him and everyone else couldn’t be starker!

The most important part of Lloyd is that he is kind, generous, humble, and excels at cleaning and cooking, but can’t be convinced oh his true power!

The start of any gripping story is its imagery, so let’s see how the characters look like!

The official website has released the main and supporting cast’s character designs, and a key visual.

The official website released two PVs that reveal the cast, visuals, and the October premiere date for the anime.

The trailer starts off Lloyd cooking curry for him and Marie, and scenes of him fighting a monster barehanded are shown.

The second PV of the TV anime “For example, the story of a village boy in front of the last dungeon living in an early town” is now available! You can enjoy a part of the world view of “Lasdan” with the lines of Lloyd and Marie! Please check it out

The other PV reveals the voice cast of the characters, and also shows the other supporting characters in the anime.

These enthralling videos have attracted the attention of anime fans around the world. But do they like it?

Michiru is composing the music for LasDan. We know her music from 7 seeds, Given, and Shuumatsu no Izetta.

We can never forget the soulful lyrics and the emotional background OSTs of the anime mentioned above. We can hope for more in the upcoming series.

The following are the cast and staff members for Suppose a Kid from the Last Dungeon Boonies Moved to a Starter Town:

Lloyd comes from a town of extremely powerful heroes, but he is the weakest of them all.

However, compared to normal people, he is incredibly strong and doesn’t realize it. The story begins when he moves to the capital and stays with Marie to become a soldier.

Suppose a Kid from the Last Dungeon Boonies: Release Date and News 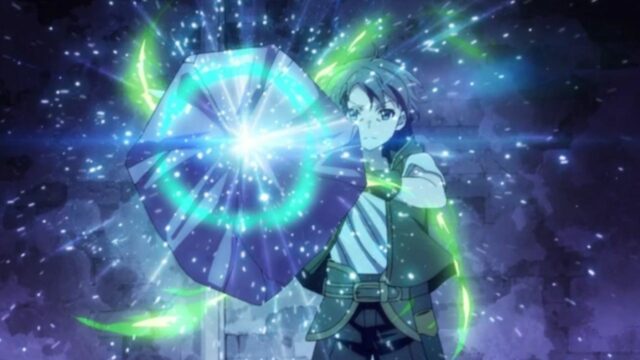 The Hidden Dungeon Only I Can Enter Season 2: Release Info, Rumors, Updates