Every iteration of discrimination is essential. It helps us understand better why such evils of social construct arise. Radiant is one such anime that showcases discrimination within a fantasy and adventure context.

The anime appears silly and nonchalant, but it progresses into a dark and chaotic perspective on the problems within the world of Pharenos.

One of the driving factors of the story is Seth’s ‘curse’ that turns the wheels of the story and cements his identity as Sorcerer. What is Seth’s curse, and why is it called a curse?

Seth’s curse is a unique infection he receives after gaining magical power upon contact with a monster called Nemesis. This magical power is called ‘Fantasia’.

Seth’s curse is the unique infection he receives due to a magical power called Fantasia within his system. It is a component or magical energy that is harnessed to cast basic spells or use magic.

The unique infection is the horns he develops on his head. Fantasia affects everyone differently; therefore, there are different kinds of curses that sorcerers are afflicted with. The horns may seem harmless, but they possess a dark power that is linked to the curse.

When the Sorcerer taps into this power, their flesh darkens, and their eyes go white with blind rage and aggression. This is seen in Seth during his Berserk Mode. The interesting fact regarding this is that during this mode they’re able to access Fantasia without channeling it.

Seth holds vast amounts of potential in terms of strength and agility but also in terms of Fantasia manipulation. In his youth, he would only be able to muster Fantasia around his fist to create a magically-enhanced punch.

In the beginning, Seth shows very little knowledge regarding Fantasia control and manipulation. But under the guidance of Yaga, a Coven of Thirteen affiliates, in the Artemis Institute – he can develop his abilities.

Through training, Seth can gather Fantasia more freely and use it to cast basic spells. His knowledge and inventory of spells increase as he goes on adventures and encounters enemies.

Seth has a very high capacity for manipulating Fantasia but cannot control its concentration. He is one of the few sorcerers who can wield Fantasia without a tool.

3. What is a Curse in Radiant?

Source Nemesis are a powerful race of demonic entities that are toxic to human beings upon contact. Even a single graze can prove to be fatal for a human.

Upon touch, the human is enveloped in Fantasia and is vaporized. Those who survive the counter are left with a unique infection, e.g., Seth’s horns, and the ability to wield Fantasia. They’re called Sorcerers.

What are Miracles in Radiant?

It’s called a curse because these infections draw Sorcerers to darker forces and are also the reason for their discrimination from humankind.

4. What is Seth’s Berserk Mode?

During extreme stress in battle, Seth has shown the ability to activate a demonic transformation. The nature of this power is still a mystery, but it is likely to be connected with the curse that comes with touching a Nemesis.

The power is also associated with the bandage on his cheek. It can be forcefully activated from Piodon who has similar horns like him. It is referred to as the Berserk Mode because Seth enters a feral state where he is unable to differentiate between good or bad.

Who is Seth’s Brother Piodon in Radiant?

5. What are Seth’s Magic Techniques?

Seth uses an assorted set of magical techniques when he doesn’t require the need to activate a demonic transformation.

These are some of his main techniques –

It is Seth’s signature technique which involves gathering Fantasia in his hand and delivering a magically enhanced punch varying in terms of power. Seth is the only one shown using this technique in combat.

In this, Seth gathers Fantasia in his hands and waves them in the air, simultaneously shooting orbs of Fantasia towards his opponents.

Seth has shown the ability to create a shield with Fantasia to block attacks – which is seen when he blocks even the Nemesis’ beam of Destruction.

After gathering the Fantasia in his hand, he releases a beam in the form of a giant skull against his opponent.

By gathering Fantasia in his hands, Seth has shown the ability to direct Fantasia like a barrage of skull projectiles at an enemy.

The origin of its source material may go back to Japan, but it was not actually created there. Radiant is adapted from a manfra – which is the French equivalent of manga or French comics that draw inspiration from Japanese manga. 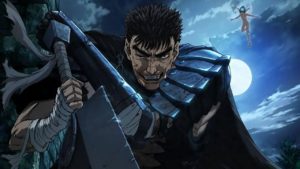