Samurai 8: The Tale of Hachimaru is the latest manga by the famed mangaka Masashi Kishimoto. After a long wait of plot build-up, the official journey of Hachimaru to find the six other keys like himself began a couple of weeks back.

Owing to the immense popularity of Naruto Shippuden, some comparisons between Naruto and Hachimaru were bound to be made. Chapter 36 of the manga, titled Hanaichi and Goku, was released recently, and it gave us a lot of information on the similarities between the Naruto and Samurai 8.

In my last post, I talked about the Otsutsuki clan vibes from the warrior god Fudo Myo-o. Now, it is time to address the Samurai 8’s own set of jinchuriki squad.

Samurai 8, chapter 36, revealed ultimate techniques limited to Fudo Myo-o only. It can be speculated that Hachimaru and the other keys to the two legendary boxes will eventually learn these skills. To attain unrivaled power just like nine jinchurikis in Naruto Shippuden.

Samurai 8 manga released chapter 36 a couple of days back. The chapter not only teased the future skillset of Hachimaru but the other six keys as well.

The chapter revealed various techniques and skills from Kongo Yasha style, one of which was Shooting Star Sword. According to Daruma, it can only be performed with infinite stats, something only privy to Fudo Myo-o at the moment.

Hachimaru has shown the ability to perform almost gameplay-like Samurai skills. Ryu, on the other hand, has shown very refined and conventional samurai skills during his battle with Daruma. There is not much known about the female samurai, but Hanaichi did say that she will become the greatest samurai in the universe, and she has also activated her mind’s eye.

This leads to none, but one conclusion – the seven keys will acquire extraordinary power just like the nine jinchurikis from Naruto Shippuden.

3. What is a Jinchuriki?

Jinchurikis are nine exceptional shinobi from Naruto-verse who had unrivaled chakra reserves and strength due to the tailed beasts sealed inside them. Uzumaki Naruto is the 9th jinchuriki – the holder of the Kyuubi, Kurama.

Around a thousand years ago, Hagoromo and Hamura Otsutsuki fought their mother Kaguya in battle and defeated her Juubi(ten-tails) form. Hagoromo divided the power of juubi into nine tailed beasts, each having the number of tails randing from 1-9. From Gaara’s Shukaku with one tail to Naruto’s Kurama with nine tails.

A few decades before the present storyline, Hashirama Senju caught all the nine tailed-beasts on his own and divided them between the five great shinobi villages to maintain a power balance. These nine tailed-beasts were then sealed into certain shinobi, known as jinchurikis.

Kishimoto’s Samurai 8 is currently published under Shueisha’s Weekly Shonen Jump. We recommend you to buy the manga/books and read from official sources only. #SAYNOTOPIRACY

Naruto & Naruto Shippuden are other masterpieces by Kishimoto sensei. Naruto began serialization in Shueisha’s Weekly Shonen Jump from 1999 to 2014 and was adapted into TV anime from 2002-07. Its sequel anime, Naruto Shippuden, ran from 2007 to the final episode in 2017.

It is the story of Naruto Uzumaki, a good-for-nothing, and mischevious shinobi-in-training, who is hated by most of the residents of his village. There are rumors about Naruto being the Demon Fox who killed the fourth Hokage and many more. Naruto, on the other hand, wants to overcome his loneliness and become nothing but a Hokage – the leader of the village.

Hachimaru is a boy who has had multiple allergies and health issues since birth resulting in a bedridden life forever. One day he has a fateful encounter with one of the legendary Samurai – Daruma! – and he now has a body of a samurai. The body not only rids Hachimaru of all his miseries but fulfills his life-long dream of becoming a samurai. Thus starts the tale of a samurai who will eventually save the universe. 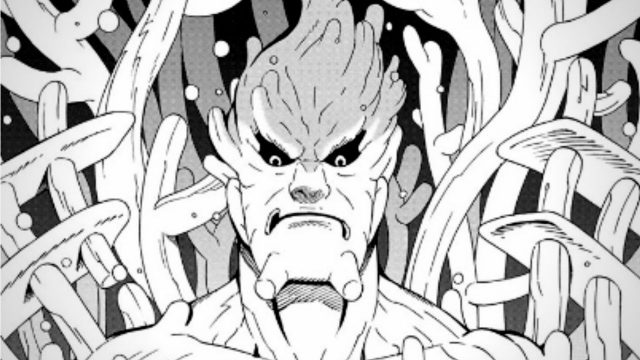