All the fans of legendary basketball player Michael Jordan and his team Chicago Bulls – who together became a subject of global obsession at the turn of the millennium — get ready for the journey of a lifetime! Netflix has finally announced the release date of its docuseries, “The Last Dance“, on the epochal story of MJ and the Bulls.

The 10-part docu-series will debut on Netflix on Monday, April 20, with two episodes being released every week. The series will also be available in the US on ESPN and only on Netflix outside the US.

Centered on the life and times of Michael Jordan, a player known for being sheer ‘poetry in motion,’ the series has been aptly named The Last Dance. The fact that it follows Jordan’s Chicago Bulls through their epic 1997-98 season as they clinch MJ’s sixth and final NBA championship further drives home the point.

A joint production between ESPN and Netflix, The Last Dance, was set to air in June 2020. But with all things sports coming to a crashing halt amid the ongoing COVID19 pandemic, fans around the world requested the creators of The Last Dance to expedite its release, and have been delightfully obliged.

While the last 2 episodes are yet to finish production, the production team is confident of meeting the deadline despite the mandated social distancing of the times.

Directed by Jason Hehir (of ‘Andre the Giant’ fame), the docuseries also chronicles the beginning of the culture-shifting phenomenon created by Jordan and the Bulls.

From Jordan’s childhood roots, the Bulls’ dire circumstances before Jordan’s arrival, and rebuilding of the team after his drafting in 1984, to the struggles that eventually led to the team’s first NBA championship-viewers will get to see where it all began!

“Michael Jordan and the ’90s Bulls weren’t just sports superstars. They were a global phenomenon. Making The Last Dance was an incredible opportunity to explore the extraordinary impact of one man and one team.”

In the fall of 1997, Jordan, head coach Phil Jackson, and Bulls owner Jerry Reinsdorf agreed to let an NBA Entertainment film crew follow the team for the season when the team pursued what was its sixth NBA championship in eight years.

The result was a remarkable portrait of an iconic player and a celebrated team — one that is now just being revealed, more than two decades later, in The Last Dance.

Hehir is also said to have included extensive profiles of Jordan’s key teammates, including Scottie Pippen, Dennis Rodman, and Steve Kerr, coach Jackson, and also several luminaries, including the recently departed basketball player Kobe Bryant and former US president Barack Obama, among others.

“For nearly three years, we searched far and wide to present the definitive story of an era-defining dynasty and to present these sports heroes as humans. I hope viewers enjoy watching our series as much as we enjoyed making it,” said Hehir.

3. Is The Last Dance on Netflix? Yes!

The Last Dance will be released on Netflix on Monday, April 20, with two episodes being released every week.

Below is the full schedule of the series’ release on Netflix: 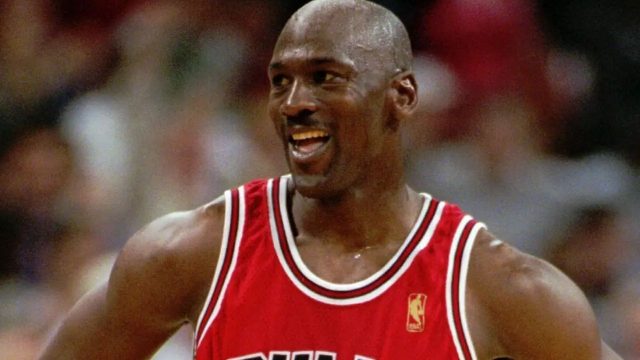