Everyone knows the Japanese folktale of Momotaro. A boy discovered by an old woman inside a peach, who then grew up to fight demons. But, what if that wasn’t the only peach of its kind?

Peach Boy Riverside talks about this twist in a manga written by Coolkyoushinja (Miss Kobayashi’s Dragon Maid) and Johanne. Let’s discuss its premiere date and plot in this article.

The anime adaptation was announced on the official website of Peach Boy Riverside. The plot recounts the story of a peach beyond the well-known Momotaro.

The television anime is going to release in July 2021. Peach Boy Riverside will be produced by Asahi Production and directed under Shigeru Ueda.

The fairy tale that everyone knew has a continuation. What if there were more than one of those peaches in Japan? This is the story of that peach, Peach Boy Riverside. TV animation will be released on July 2021.

What exactly would make this anime different from its previous variants?

2. Reasons to get excited for Peach Boy Riverside

Well, there are two main reasons why you should be watching this anime:

Coolkyoushinja and Johanne co-created the Peach Boy Riverside manga. Kodansha will publish the eighth volume for the manga on August 17.

Coolkyoushinja is famous for writing Miss Kobayashi’s Dragon Maid and I can’t understand what my Husband is saying.

Fans of the Dragon Maid series would surely be interested in this story, which may be included in the ‘Cool-verse.’

The contrasting visuals of Dragon Maid and Peach Boy Riverside have attracted a lot of attention from interested viewers.

While Dragon Maid has a slice-of-life spin regarding the dragon and her human friends, Peach Boy focuses on the action-adventure of a princess.

Along with Haruka Shiraishi and Nao Touyama, as the voice cast, the anime has gone full throttle with star power.

However, with such good hands working for the anime, will the actual script and story be good? Let’s find out!

Sarutorine Aldike, or Sally, is a bright, cheerful princess who wants to go on an adventure because she is bored in her tiny little castle in the countryside.

One day, a hoard of vicious demons known as “Oni” come knocking on her doorstep, threatening the lives of everyone in the Kingdom.

They are saved by a lone traveler named Kibitsu Mikoto, who slays these monsters with a mysterious ‘Peach Eye.’

Shocked by the dangers of the outside world, Sari decides to set off on a journey of her own.

Little did she know that she will set a chain of events in motion that will determine the fate of their world.

The plot focuses on a peach beyond the folktale, a boy who uses peach powers and a bored princess. With this exciting premise, let’s see how they look like!

The official Twitter account tweeted a teaser visual of Mikoto and Sally who are eerily smiling together with mysterious, sparkling ‘Peach Eyes.’

Sally and Mikoto, who have the power of ‘Peach,’ smile eerily, and the teaser visual ban was lifted!

The official website also released visuals for the leading duo; Mikoto and Sally.

Another visual features all the main characters of the anime and the supporting ones. It has the protagonist, Sally, Mikoto, Frau, Hawthorn, Carrot, Inu, Millia, Sumeragi, Todoroki, Jucerino, and four demons in the background.

An official video, setting the premise of Peach Boy Riverside, was released. It starts with a narration by the voice cast of Mikoto and Sally reciting the Momotaro Folktale.

The scenes also depict a scary Sally with mysterious flaming eyes and fighting off demons. There are short cameos by two side characters: a rabbit and a one-horned woman.

The video ends with the announcement that the anime will release in July 2021.

Now that we know the series is going to be ‘beautiful and visually attractive,’ let’s discuss the staff creating it.

I. Response from the Manga Readers

The manga currently has only 14 chapters translated into English. Despite this, there are already many fans of this franchise.

The fans state that MC’s sadistic nature in battle is pretty cool and one of the reasons they like the manga.

Coolkyoushinja has a talent in explaining the world in a few words to the reader. The dope remake is like a ‘spiritual’ sequel to other demon-slaying shows.

Many readers especially like this because the story has remained faithful to the original tale and weaved its adjustments along the way.

The chapters never feel ‘boring’ and Cool-sensei has delivered his work perfectly.

II. Reactions to the Key Visuals and PV

Many anime fans are interested in the anime after its teaser video was released.

Non-diehard fans of Dragon Maid and even the non-manga readers have their eye on the peach story which shows a pretty blonde with bloodthirsty eyes.

The style looks appealing and has excellent attention to detail. Fans also observed that the characters look like they love committing violence which adds to their charm.

With visuals seemingly like yandere characters, nobody will believe that the same mangaka drew Dragon Maid!

Focusing on the visuals and animation, let’s see the staff behind the intricate animation.

Let’s look into the technical details of this upcoming anime to check what influences the production of ‘Peach Boy Riverside.’

Asahi Production will be animating this series. The studio has also created anime like Million Doll, Orenchi no Furo Jijo, Heart no Kumi no Alice, and more.

Along with Peach Boy Riverside it is also working on Wave! Surfing Yappe, which will release this year and Heaven’s Design Team is slated for 2021.

Asahi Production has a history of not having any bad animations as such, but not surprising at the same time. They are known for having consistent art throughout a series.

But with the new visuals and teaser maybe this anime might change the studio’s reputation.

Ueda Shigeru will be directing the upcoming anime.

Before this, he has been the episode director for Bleach, Kampfer, Shokugan no Shana, Tactics, Uchuu Kyoudai, and more.

Keiichiro Oochi will be supervising the scripts.

He has also done the series composition for Hinamatsuri, Quintessential Quintuplets, and My Teen Romantic Comedy SNAFU Climax.

With such a great hand behind the scripting, the anime is going to be a blast.

The following are the cast and staff members for Peach Boy Riverside:

Once upon a time, there was an old couple living in a certain land.

The old man went to the mountains to cut the grass, and the old woman went to the river to wash clothes, when she came across a giant peach with a baby floating by.

And the long story short, the Japanese demon-fighting folktale hero Momotaro was born.

But there’s more to the story. What if, instead of just one giant peach, there were many such peaches besides the one that floated to Japan.

Much later, Momotaro eventually vanquished the demons threatening his home, but still more demons are said to roam in foreign lands. So, Momotaro set off across the sea. 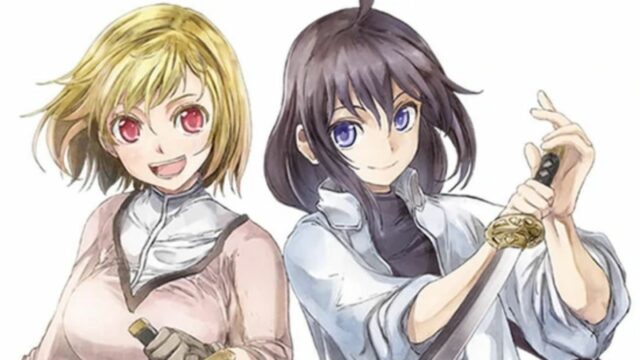 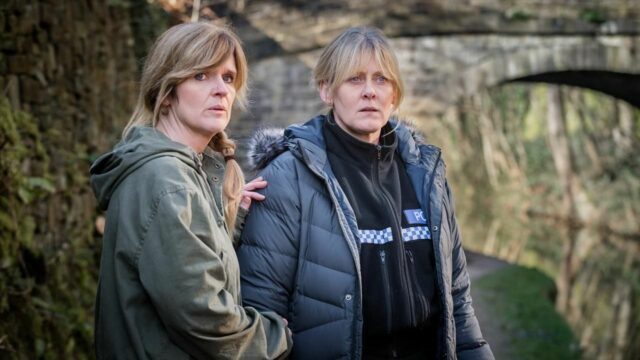