The best part about indulging in a franchise is the new world you can immerse yourself in. The more dimensional it is – the more it has to offer you. One Piece is the 26th longest-running manga and was the top-selling manga for 12 years until 2019. The fans of One Piece are well-versed with the world of One Piece, including the map and its ecosystem. This is enough to make a theme park of One Piece which coincidentally, already exists as One Piece Tower Tokyo.

But Oda being Oda, offers more to his OP fans than other mangakas. Eiichiro Oda has also granted One Piece fans the pleasure of indulging in the story through Cover Stories. One Piece has these different stories on its covers and I got curious why? So I compiled an answer for my fell otakus as to what are One Piece cover stories?

These Cover Stories are short story arcs Eiichiro Oda makes on the title page that appears before the actual chapter in the Weekly Shounen Jump. These stories are considered ‘canon’ and it is said that there is a secret mystery yet to be revealed in these stories. You can read all of them together through a separate volume, One Piece Doors!

Devil Fruits In One piece – Types, Strengths and Weakness

Cover Stories are officially known as ‘Short-Term Focused Cover Page Serials‘. They run for 20-40 or more consecutive instalments unless interrupted by a colourised title page.

One Piece, being one of the longest-running manga entities, is considered a serial in the Weekly Shounen Jump. Therefore, every chapter to be published gets an extra page for its title known as the title page. Usually, mangakas use it by expanding the length of the chapter or create a one-off illustration that manga readers will be familiar with. But Eiichiro Oda has taken a step further and put his creative juices to work.

If a person has a manga running since 1997 till date – then he/she would exercise it to his advantage. Instead of one-off illustrations or other alternatives, Eiichiro Oda saw this extra page as a chance to create mini-story arcs on minor characters and defeated villains. It’s like a “What are they doing now?” feature in a cover page serial form. This is a smart move, and not only does it expand the world of One Piece. It also gives Eiichiro Oda a chance to break away from the intensities of the main story arc.

Each page or ‘episode’ includes a panel with the caption and title for the arc which is given by Oda himself. This caption is the description of what happens in the image. They are different from spin-offs and crossovers over the fact that they are not a separate by-product of this franchise with ambitious goals. They come along with the chapter and are merely trivial to the main story.

After every mini-arc runs its course, there is a break in momentum by showcasing some standard title pages with the Straw Hat members. Soon after that, another mini-arc begins. Till date, there have been 17 Cover Page Serials. For a manga with over 900 chapters, it is reasonably welcome.

Canon usually denotes whether the material published is official. We can infer that it is greenlit by Oda since they’re cover pages for the chapter and are published in the Weekly Shounen Jump. Most importantly, Oda himself gives the title for the arc. So, yes, these mini-arcs are canon. They occur in parallel to the main story.

Interestingly enough, some of the events do coincide with the going-ons of Luffy and the Straw Hat Pirates in the main story. They even have a subtle bearing on the events of the anime, such as Jango’s recruitment in the Marines that comes from Jango’s Dance Paradise. Conclusively, these mini-arcs are happening in the One Piece world parallel to the main events.

They do not have any heavy bearings or do not affect the main storyline drastically but do provide background and expand certain events.  From the ninth arc, they even began to do a ‘Where Are They Now’ segment that would pick up characters from previous arcs and show their day to day life. Despite these being canon, only 5 of the 17 Cover Stories have been incorporated into the anime.

Truth Behind the ‘Will of D.’

One-Piece Doors! Is a collection of the illustrated covers and Cover Stories first published in 2008. It is said that a “secret mystery” is hidden in these cover stories that is yet to be revealed. Currently, One Piece Doors has 3 volumes.

The Cover Stories that have been published to date are:

One Piece follows Monkey D. Luffy’s ambition to follow the steps of his idol “Red Head” Shanks in building his own pirate crew. His goal is set toward searching for the greatest treasure called One Piece in hopes of becoming the King of Pirates. His foodie instincts lead him to consume a Devil Fruit that changes his body to have rubber-like properties. Luffy journeys and befriends people, thus, creating his own crew called the Straw Hats and therefore, sets his fate in motion. 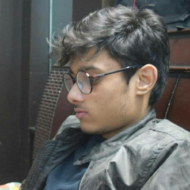