For a second, the world of Boruto tilted towards the possibility of an Orochimaru 2.0 villain, yet pulled away from this redundancy with Mitsuki’s growth. Mitsuki’s reveal as the son or a synthetic human made of Orochimaru’s DNA evoked some surprise and apprehension. But history does not repeat itself and team 7 remains intact. This can be attributed to the fact that Mitsuki’s unwavering loyalty, kindness and generosity was not shaken by the complexities of his biological composition. However, Mitsuki’s looming darkness and untapped power is explored quite efficiently in personal arcs steering Boruto the anime towards a refreshing direction.

Mitsuki goes on to achieve an admirable feat during the anime when he becomes the youngest ninja to achieve Sage Mode – a mode accessible to mostly toads and high calibre ninjas. One can remember the amount of training and sheer determination Naruto put in to achieve Sage Mode to understand Mitsuki’s power in context. We’ve put together an article that dives into the technicalities and background of his Sage Mode.

Mitsuki’s Sage Mode was the result of his body composition which was genetically engineered to achieve many things including the White Snake Sage Mode. While Naruto and other sages had to expand their body capabilities with intense training to achieve Sage Mode – Mitsuki’s body provided easier access to it. Initially, Mitsuki could only achieve Sage Transformation which provided a gateway to Sage Mode. Through intense trial and errors along with Orochimaru, Mitsuki was able to unlock Sage Mode freely. The complete manifestation was activated through an emotional trigger where Mitsuki broke away from the pressure from Orochimaru and an older ‘clone’ Log in deciding his own future. There are fan speculations that the DNA of Orochimaru and Hashirama Senju was used to create the synthetic humans. Hashirama Senju was renowned for his hold on Sage Transformation and therefore these speculations do have some weight. Along with these, fans believe that Orochimaru used the Cursed Seal on Mitsuki to enhance his abilities further.

Both have successfully been achieved by Mitsuki albeit through unconventional methods. Sage Transformation is a way of achieving Sage Mode via bodily reactions exhibited by Jugo’s clan. They expose their body to natural energy which expands their physical capacities and shape-shifting abilities. In Sage Transformation, there is no balance between the natural energy and one’s own chakra. Whereas Sage Mode is at the apex and is an empowered state that can be achieved by balancing natural energy with one’s own chakra creating senjutsu chakra. Sage Mode opens possibilities of utilising the natural force of the world and the various techniques that come with it. Mitsuki accesses Sage Mode through the combination of Sage Transformation and his genetically engineered body. Although, Mitsuki is unable to completely control his Sage Mode.

Mitsuki possesses the ability to stretch his limbs similar to Luffy from One Piece and manipulate snakes which is enhanced during Sage Mode. During Sage Mode, a green aura in the shape of protective snakes envelops Mitsuki indicating a strong chakra flow. These snakes made from aura energy are more secure than Kabuto or Orochimaru’s because they use real snakes.  Mitsuki’s Sage Mode is linked to the Great White Snake Sage from the Ryuchi Cave which is evident from his sage form where a viper-like or dragon-like horn manifests itself on his forehead. The senjutsu chakra also acts as a protective bubble that preserves his life as seen during his underwater training session with Shino. His most significant characteristic in Sage Mode is the lightning-fast speed that rivals the Yellow Flash himself.

How powerful is Mitsuki’s Sage Mode?

Mitsuki usually avoids using Sage Mode for the fear of being scrutinised since the power he possesses is ill-advised for someone so young. Mitsuki has managed to defeat Shino, a renowned bug master and Jonin teacher, using his Sage Mode. Along with that, he has shown instances of his superior mental capacities when he outwitted Orochimaru and Log in an attempt to grab some mystical scrolls. He has also used his powers to ward off a powerful rogue ninja faction led by Ku. Despite all this, Mitsuki does not have complete control over his Sage Mode and the remnants of the dragon-like features indicates that his Sage Mode isn’t perfected. Mitsuki possesses vast amounts of raw power that is yet to be polished for proper utilisation. That said, he is still one of the strongest ninjas in his generation and in the series.

Boruto follows the lives of the next generation from that of Naruto’s. Boruto Uzumaki is tired of his father’s neglect and hopes to gain his father’s respect by growing strong. Along with his team – Sarada Uchiha and Mitsuki, Boruto: Naruto Next Generations follows their missions and challenges as a looming threat approaches Konoha in the form of the Otsutsukis. 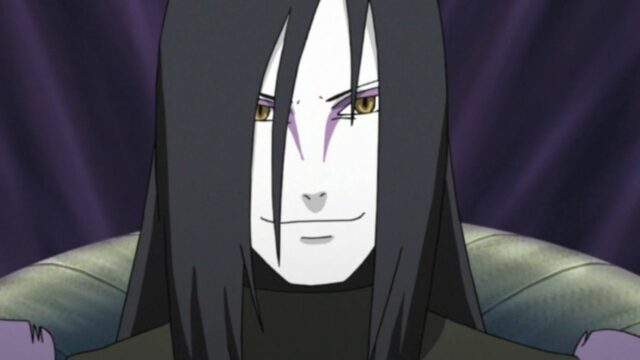 Is Orochimaru still evil or has he turned good?