In the latest chapter (640), the Qin army has crossed The Yellow River and is right up at the gates of Retsubi.

Kakukai’s ignorance towards Riboku’s advice is proving to be very costly. What’s worse is, Ousen’s three-way plan has provided the Qin army with six months of the food supply.

By the time the heads at Retsubi were enlightened about Riboku’s capture, it was already too late. Moreover, Retsubi can’t fight on two fronts at the same time, so now they must withdraw and save their battle strength if they ever want to survive in future battles.

With this much going on in a manga, creators must be careful with their planning as they want to prolong fans’ pleasure as long as possible.

READ:  The Kingdom of Science Reached US – Here’s What Happened!

Therefore, Kingdom manga will take a break for the next three issues of Shueisha’s Weekly Young Jump magazine. The news was announced in this year’s combined 22nd and 23rd issue. The manga will make its return on June 4.

To be honest, I was really excited to see Shin’s promotion to a general, but if I can wait for two years, then another month won’t hurt, I guess.

In case you are hoping to watch some Kingdom anime and “relive the memories,” well, thanks to Corona-chan, it has been delayed as well. I have mentioned all the details about the Kingdom season 3’s hiatus and return in the link below.

While I would have liked to see a rewards ceremony and some conclusion to the current part of the arc, I think a break after all these wars is not a bad idea either.

Since the reward ceremony is also when Shin becomes a general, there’s probably going to be some build-up rather than jump right into it. 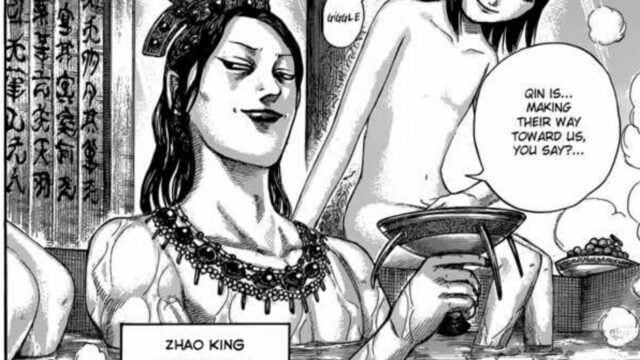