What makes a Season 2 of any anime possible? Is it the series’ story structure? The show’s character development arcs? Fabulous OST? Suspenseful plot buildups?

No matter what answers you pick, none of these are enough to convince Xebec Studio in making Keijo Season 2.

So, let’s discuss this. Why not? Why can’t fans have that Season 2 even it’s been 4 years since Season 1 of Keijo anime aired?

Today, let’s dive around the creators and fans’ minds. Let’s think from their POVs and speculate how a Keijo Season 2 anime is possible.

No, the Keijo anime will not have a Second Season. It has been over 4 years since Season 1 of the Keijo anime aired, but so far, fans have heard nothing regarding a Season 2.

Several factors contribute to this: poor manga sales, low anime DVD sales, and the franchise’s unpopularity among the fanbase.

Even the Keijo fanatics are thinking a Keijo Season 2 would do poorly if it aired today.

If Xebec Studio decides to pick up Keijo again and broadcast a Second Season of the franchise today, it would pale in comparison to the anime shows I’ve listed above.

2. Why Keijo Season 2 Cannot Be Greenlighted

Now that you know that there will be no Second Season of Keijo, let’s discuss the burning question that have been lingering in fans’ minds for a long time: “Why can’t Keijo Season 2 be greenlighted?” Xebec Studio failed to showcase the elements below in the anime.

That is why they were unable to formulate and greenlight a Keijo Second Season.

I. Lack of Compelling Plotline generates a Small Fanbase

Season 1 of Keijo does not have a compelling plotline. And if the story structure is not strong enough to pull viewers into watching Keijo Season 1, a Season 2 is unlikely.

Most of Keijo Season 1’s episodes revolve around the battle techniques and strategies the female participants come up with to defeat their opponents.

Titles of several episodes include “Hip Toss”, “Vacuum Butt”, “Fastest Butt”. Although these episode titles emphasize the ecchi genre of the show, it’s not enough to hook a larger Keijo fanbase into binge-watching the show.

MyAnimeList listed just under 300,000 members of the Keijo anime. Teenage boys and young male adults may binge-watch the show to see cute girls in their swimsuits.

These numbers are not enough to convince Xebec Studio to greenlight a Season 2. Season 1 did poorly on anime DVD sales (which also resulted to poor manga sales) because there’s only a small fanbase of the franchise.

DVD sales of the anime resulted in poor growth even after Season 1 of the Keijo anime finished broadcasting. Other than a weak story structure, poor quality animation and a bland soundtrack contribute to low DVD anime sales.

First off, Keijo’s animation is lackluster and doesn’t pull me into the screen unlike the ones I saw in the following: Demon Slayer (ufotable); Dr. Stone (TMS Entertainment); Beastars (Orange); Attack on Titan (MAPPA); Wonder Egg Priority (CloverWorks); Yashahime (Sunrise); and Horimiya (CloverWorks).

Although these shows are produced by different studios, their animation quality is pristine and mesmerizing. Their CGI is also spectacular. They blend so perfectly that I couldn’t even tell whether I’m looking at a CGI or just the animation.

If Xebec Studio decides to produce a Keijo Season 2, I don’t think it can pull a stunning animation on it. Nothing in Season 1 puts me on edge while I sit in front of the screen.

And because there’s no compelling storyline, there’s no need for CGI graphics to be put in Season 2 of Keijo.

The other reason why Keijo DVD anime sales are poor is the lack of ground-breaking soundtrack.

In addition to these animes’ top-tier storylines, musical instruments (such as trumpets, organs, etc.), choir chants, and the music genre (such as jazz, tech, and funk) add exciting vibes to the shows.

The Season 1 of Keijo was unable to produce captivating music on the anime.

And although manga readers get to see several Keijo black-and-white characters in their full color animation glory, the OST in Season 1 did not deliver. Without a ground-breaking soundtrack, Keijo’s DVD anime sales flopped.

The Keijo Pachinko Machine came out on January 25, 2021 and it attracted several Keijo fans’ attention. This is actually big news for the series as fans never heard of a Keijo Season 2 in the past 4 years.

A Pachinko machine is basically a gambling machine where users or gamers pay to purchase little metal balls.

The gamers would run the little metal balls so that they can play in the Pachinko. And because it’s a gamble, the gamers can either win or lose more metal balls.

If the users win, they can trade the balls for other items. It would be cool if those items are Keijo merchandise like plush, toy figurines, or keychains.

After all, the Pachinko machine is themed with Keijo characters in them. Keijo is basically the “skin” of the game so users will be attracted to play with it. 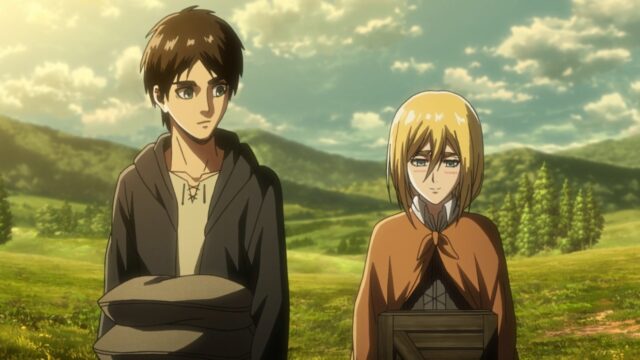 2 replies on “Is It possible For Keijo To have Season 2? Why Was It Not Greenlighted?”