Since season 1, All Might’s death has been written in stone, with the only question being how and when.

All Might single-handedly kept the villains at bay for years and became the symbol of hope and strength for the people.

In a way, he became the ideal image of Heroes, with everyone striving to be like him. After his last fight against All For One, he protected the people one more time, as the last shreds of his power vanished.

However, despite losing his strength and status as a number one Hero, he is still revered and holds considerable influence among the civilians and heroes.

Furthermore, by passing on his legacy and power to Midoriya, he has made sure that in the future, there will arise a Hero like him, perhaps one even better.

Now that he has fulfilled most of his duties, fans fear that it’s time for him to be written off of the story.

Since the release of My Hero Academia’s Season 4, there have always been underlying currents that seem to be hinting towards the previous Number 1 Hero’s death.

All Might is not dead yet; however, with his injury and Nighteye’s prophecy, his death is inching nearer.

However, his death need not be in terms of physicality but also in terms of what he was and what he represented. His retirement may just be it.

Currently, Deku is the only holder of One for All, and with All Might there, he will remain emotionally dependent on him.

A hero confronts himself in the moments where it is only he who can push himself. When someone pulls the rug under your feet, you fall, and Deku needs that fall to come back up with more force.

It might seem cliche, but My Hero Academia has never been one to shy away from them.

Although All Might may not die anytime soon, the anime has started breaking the cocoon of his comfort and protection. However, the major question about the circumstances behind his “prophesied” death still haunts its fans.

While fans knew that Nighteye and All Might had a falling out, the reason behind it might just raise a major death flag for the latter.

The real reason why Sir Nighteye refused to work with All Might was because of a shocking prophecy that the former saw after using his quirk, i.e., Foresight to look into All Might’s future.

The prophecy revealed that All Might would fight against a villain one day and die an “unspeakable death.”

Sir Nighteye was obviously against the idea of All Might continuing his work after this.

However, despite facing such a fate, All Might continued to act as the undeterred Symbol of Peace, and their partnership broke up because of the difference between their views.

This prophecy is something that Midoriya is aware of and is continually trying to change. But with All for One out of the question, who is strong enough to threaten and kill the previous Number 1 Hero?

READ:  Why did All Might and Nighteye stop working together?

All Might will be killed by Tomura Shigaraki, the successor of All For One. This will also fit in with Sir Nighteye’s prediction that All Might will die a tragic and horrible death at the hands of a villain.

Shigaraki has received all For One’s powers and become the most feared and strongest villain in the series. He embodies his mentor’s goals and desires, one of which is All Might’s death.

While All Might has no strength left to disrupt their plans, his influence as the previous symbol of hope is enough to make him an annoyance. Shigaraki will kill him off to fulfill All For One’s desire and remove one more hindrance to his master plan.

Plot-wise, Shigaraki’s hand in All Might’s death will give Midoriya a motive to get stronger fast and take revenge upon his teacher and mentor.

Perhaps, he might even unlock a new power. All of this will snowball towards a great fight between both the successors leading to the Paranormal Singularity Theory coming true.

3. Can the Future Be Changed? How?

When Nighteye used his quirk to view Midoriya’s future, he predicted that the latter would die fighting Overhaul.

However, when the incident concluded differently with Midoriya saving Eri and arresting Overhaul, Nighteye developed another theory as to why Midorya’s future changed drastically.

Sir Nighteye came to believe that the collective energy from everyone present during the infiltration of the Shie Hassaikai affected the events and literally manifested the best-case scenario.

According to him, despite foretelling that Midoriya would die in his fight against Overhaul, the united belief that they could rescue Eri shared by Ochaco Uraraka, Tsuyu Asui, Eijiro Kirishima, and the rest of the Pro Heroes converged on the young Hero and brought that outcome into being.

READ:  Can Midoriya change the future? Will he die?

I. Can Midoriya Change All Might’s Fate?

The prediction made by Sir Nighteye was that All Might was going to die in a gruesome manner. However, before Sir passed away, everyone pushed for a path different from what he saw in his vision.

The result was that their combined effort was enough to change the fate of Deku dying.

Nighteye hypothesized that Deku and everyone believing in a bright future changed the outcome.

He realized that fate can be changed and that All Might’s death is not written in stone. This gives us hope that Deku might also be able to do the same for him.

Midoriya once changed his fate, and chances are, he will change his mentor’s too. If he saves him, All Might will live to see the end of this story.

He won’t be a hero anymore, but Toshinori will live to see his student become the next symbol of peace.

Eri’s quirk is capable of rewinding even the bodies of those who have lost their Quirks and restore them.

Due to this, many fans of the series believe that thanks to Eri, All Might can be restored to his former power, thus successfully changing his tragic fate. However, the chances of this happening are very low.

The reason for this is that All Might has not lost his quirk but has transferred it to Deku. Because of this, there is no way for him to gain it back unless Deku wills it.

Another factor that comes into play is that Eri has not yet gained control over her ability.

She is just a child who is traumatized by Overhaul’s actions and is in no way ready to perfect her quirk, let alone change All Might’s fate.

4. Who Else Will Die in My Hero Academia?

Midoriya’s last dinner scene with his classmates and Eraserhead comforting All Might while looking at the stars feel like a brief moment of peace before the storm erupts.

While it seems that All Might’s time is almost up, with the war commencing, he won’t be the only casualty.

I. All For One

All For One is the evil counterpart of All Might and is the one behind almost all the events that have stirred up chaos and turmoil within the society of My Hero Academia.

He was powerful enough to go toe-to-toe with All Might, and despite being defeated twice by him and sent to Tartarus – he’s still alive.

However, with Shigaraki completely inheriting his power, he has no real purpose in the series anymore. With tensions bubbling between the Heroes and Villains, his life is hanging by a thin thread.

All For One might die soon in My Hero Academia as he has already fulfilled his purpose. Whether he dies by his own successor, Shigaraki’s hands, or anyone else’s, his time is almost up.

READ:  The Destined Battle Begins: One for All vs. All for One

Closely following behind Endeavor, Hawks has firmly established his place as the Number 2 Pro-Hero. After being persuaded by the association, he is acting as a double spy in the Paranormal Liberation Front.

Hawks may die very soon in My Hero Academia as he is surrounded by villains who are already suspicious of him. Even one wrong move may cost him his life.

Many people think that Hawks is a bad guy due to his role as a double spy in the Paranormal Liberation Army.

While he appears to be on the side of the heroes, after watching multiple shows, fans know better than to trust him.

READ:  Did #2 Hero – Hawks Blow His Cover In My Hero Academia?

It follows a quirkless boy Izuku Midoriya and how he backed the greatest HeroHero alive.

On one fateful day, he meets All Might, the greatest HeroHero of all time, and discovers that he was quirkless as well. 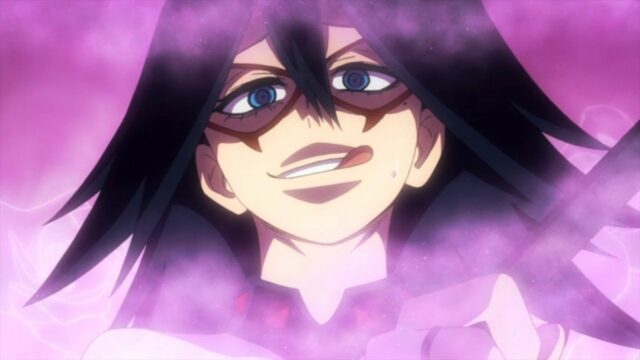 Does Anyone Die in My Hero Academia?