Hinata Shoyo never fails to amaze me. Every time I think this boy can’t catch me off guard anymore, he proves me wrong. Adult Hinata is even worse, he was a monster before, but now he’s a complete beast.

He doesn’t even give his opponents a chance to think or predict what move he will pull off next. Hinata can even speak several languages now, and he has improved so much.

I am so proud! Watching him grow up into an exceptional player makes me feel old for some reason.

After the long hype, you might be wondering if Hinata has progressed to the point of surpassing Kageyama, and I’m here to answer that.

The adult Hinata Shoyo and Kageyama Tobio stand on a similar level after graduation. However, Hinata is closer to surpassing Kageyama in volleyball matches.

Up until now, Hinata has had 1,096 wins and 1,100 losses against Kageyama, indicating that Hinata might surpass Kageyama soon.

Contents
Does Hinata Become the Ace?
How Different Is Hinata From His Initial Days?
Will Hinata and Kageyama Play Together Again?
About Haikyuu!!

Does Hinata Become the Ace?

The baby Hinata was inspired by the Little Giant, who was the then Karasuno team’s ace and ever since, he has been working hard towards being the ace.

With Hinata, however, things were not easy as they seemed earlier. The most crucial factor that held him back from achieving his dream was his short stature.

If Hinata had a way to practice with other people, maybe the scene would have been slightly different.

He needs to be extremely athletic and must have high game skills to be the ace. But remember, Hinata didn’t get a chance to play professionally and has no basic volleyball skills, unlike other players who have the advantage of their height and prior knowledge at the same time.

It’s not that he couldn’t be the ace because of his height, but rather ‘ace’ is an important position that the whole team depends upon and for Hinata to reach that level, it would take time and practice.

Although Hinata can pull it off because of his height, he would have to work with his skills 200% more than any average tall ace would.

Initially, it was challenging for him to play against blockers; as for Hinata, they stood like a wall that he couldn’t climb.

Despite having the potential, Hinata does not become the ace and doesn’t need to be one. However, he has the capabilities to use his talent in a position that would be greatly helpful to his team and himself.

After a lot of struggle, Hinata has understood that although he cannot become the ace, he can definitely be a person who can change the game completely 180.

How Different Is Hinata From His Initial Days?

Hinata knows the Karasuno team knows, his opponents know, and even the audience knows that Hinata is an absolute monster. To reach his utmost peak, the only thing that held Hinata back was an experience he is currently gaining.

We have almost seen him cry tears of blood as the audience because he wasn’t competent enough. Most of the time, he had to rely on Kageyama and his unrealistic sets that Hinata could spike even with his eyes close.

His gameplay was driven by his instincts and reflexes, agility, and athletic skills. Hinata couldn’t comprehend his situation well because he was more focused on receiving and serving.

Hinata could show his abilities only if the sets were specifically designed for him with unrealistic precision and timing.

However, our boy Hinata is not the same anymore, he has grown tremendously, and it’s visible now. After the training camp, his gameplay has changed, and over the years, his receives are better. Earlier, he was swift, but now nobody can follow his movements.

His analytical skills have grown exponentially; he predicts and analyses each and every move. Moreover, remember his bamboozling skill— Decoying?

Yeah, that is developed to the point that he is now called the Ultimate Decoy. Now he can play against the blockers and even play mid-air balls.

After graduation, he went to Brazil and played beach volleyball that served as a medium where his abilities would become God-tier. And surprisingly, the adult Hinata even sets! There is just one thing I would say: Hinata has become the GOAT.

Will Hinata and Kageyama Play Together Again?

As I mentioned earlier, after graduating from Karasuno, Hinata temporarily shifts to Brazil, where he learns all sorts of crazy techniques that help him build himself.

He later returns to Japan and joins a national-level team called MSBY Black Jackals. And let me tell you, this moment was epic because Bokuto, Sakusa and Atsumu are his team members, and I couldn’t be any happier.

I always wanted Atsumu to set for Hinata, and here we are. During the V. League matches, Kageyama and Hinata meet again and play against each other. Black Jackals win the match against Kageyama’s team.

But hold your horses right there; the story doesn’t end there, Kageyama and Hinata have officially joined the National Japan team, and they will enter the Olympics.

If you think nothing can surprise you anymore, let me give you a piece of fantastic news, Kageyama and Hinata will play against Oikawa in the Olympics!

So we will get to see a legendary combination again, and I’m pretty sure the final arc will be chef’s kiss, even if it’s not detailed enough. 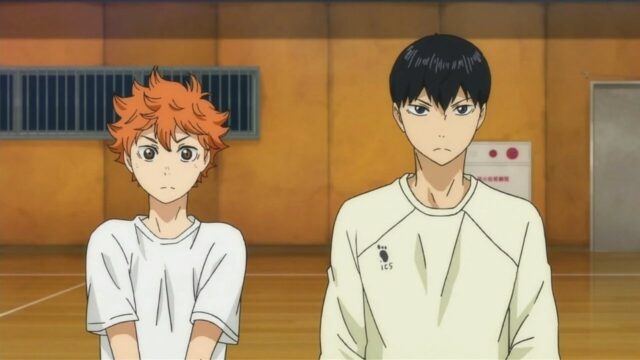 Who Is Better At Volleyball: Hinata Or Kageyama?