TMS Entertainment is exploring a completely new genre of sports anime. Yes, I am talking about its upcoming anime, Burning Kabaddi, an arena of sports that no one has attempted before.

The game requires a perfect balance of tactics and physical attributes. Much like ruling a kingdom, a team has to raid and defend against its opposition alternatively. The production company has already released trailers and visuals for promoting the anime.

On Monday, the official website for Burning Kabaddi revealed a new visual for its anime adaptation. The anime is set to premiere on April 2, 2021.

The announcement also states that the series will be broadcasted from TV Tokyo, TV Osaka, TV Aichi, and AT-X. In case you miss the episode on Friday, you can watch the repeat broadcast from AT-X on Sunday.

Coming to the visual, it features the six main players of Nokyo High School Kabaddi Club. Tatsuya Yoigoshi and his teammates look confident and are determined to dominate the upcoming Kabaddi tournaments.

The visuals and the previously released trailer somewhat assure us that the animation will be of good quality. Each character looks perfect for a Kabaddi team, where both agility and strength are required.

The staff and cast details have already been released, which include some of the popular names of the industry.

The story follows Tatsuya Yoigoshi, a former ace soccer player who has lost his interest in sports. But one day, he falls in love with Kabaddi after watching an intense competition in a practice match.

Kabaddi is a very popular game in South Asian countries. Many children grow up playing Kabaddi as their primary sport, but despite these facts, the sport isn’t much popular outside South Asia.

I am sure the anime will portray the intensity and thrill of playing this energetic team sport to the other parts of the world. The adrenaline rush of the game will surely keep you hooked on to it.

Moreover, it will be a great opportunity for South Asian people to relive their childhood days while watching Tatsuya and his friends invade their opponents’ territory on the anime silver screen. 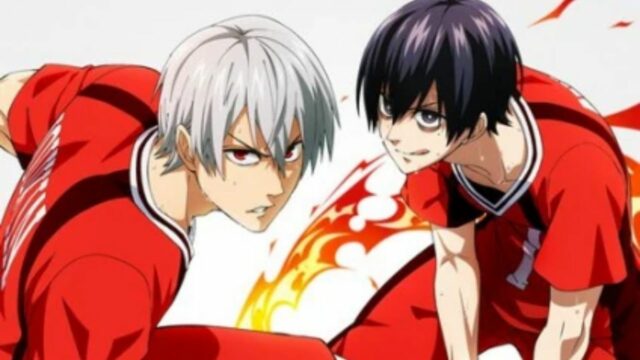