It all begins with a hurricane which throws up a sunken ship from the ocean depths for the ragtag Pogues to find. Soon they realize they may have just found a map to a 200-year-old treasure worth $400 million and set out to find it.

Welcome to the Outer Banks, where it’s the ragtag Pogues vs. high-class Kooks fighting it out round the clock to rule the island that is home. As the Pogues set out on the treasure hunt, the Kooks are determined to stop them from turning over the social hierarchy.

But by season’s end, all plans go sideways. A Kook and a Pogue fall in love, the mysterious treasure is finally found only to be lost again. Yet, another storm at the end of Outer Banks Season 1 leaves several questions unanswered.

But as we all know, Netflix decides on a show’s success based on how many people actually watch it.

READ:  Netflix Called Out For Unauthorized Documentary On Cyntoia Brown – What Is The True Story?

A new season then takes at least a year to produce, which means the earliest we’ll see John B. in the Bahamas in the summer of 2021. With the ongoing COVID-19 pandemic, the announcement or production schedule could be delayed even further.

While the season may seem to have ended on a resolved note, there are at least four potential plot points for a sequel.

One big mystery is that of John B’s dad, Big John. He had disappeared nine months before the hurricane, which Mark’s the beginning of season 1.

His disappearance and the events leading up to it are also what kicks off the Pogues’ adventure. Before he goes missing, he’s obsessed with finding The Royal Merchant’s treasure worth $400 million that had sunk to the bottom of the Atlantic in 1829.

READ:  Howdy, Young Mindy! Netflix’s “Never Have I Ever” Set For Release!

In Episode 8, we find that one, Ward Cameron had helped out Big John with the logistics to find the Royal Merchant. But when Big John told Ward he’d found the gold, they got into an argument over who gets what share of the booty.

In the ensuing altercation, Big John gets injured and is dumped in the ocean by Ward, who thinks him dead.

However, Big John is still alive but remains AWOL. One big question for season 2, if it were to come out, is whatever happened to Big John!

2. Does Ward pay for his deeds?

When the Pogues ultimately find the gold (thanks to Big John’s maps and clues he’d left for his son), Ward follows in their footsteps and takes the treasure for himself.

However, his plan is foiled, and by the end of Season 1, John B and Sarah end up sailing to the Bahamas, where Ward has reportedly shipped off the gold to.

In one last conversation from the sea over a walkie talkie, John B. reveals to the cops that it was Ward who had killed his dad and framed him.

“I will come back one day and take what’s mine,” he promises Ward before the call drops. However, nothing happens to Ward by the end of season 1.

Back on the island, the cops tell the rest of the Pogues – J.J., Pope, and Kiara – that they had lost track of John. B and Sarah in the storm, and that the duo could very well be dead. The teens are torn up by the news and break down.

However, once the shock wears off, there is a good chance that they, too, will be in denial of their friends’ death as John. B was of his dad.

And if there is a second season, they could be seen trying to find a way to track their friends down, marking the beginning of yet another adventure, this time in the Bahamas.

The biggest of all is that the season ends before any of the Pogues are even close to finding the gold.

The obvious cliff-hanger definitely suggests that Netflix was keen on an Outer Banks Season 2 from the start.

Outer Banks season 1 premiered on Netflix in its entirety of ten-episode, on April 15, 2020.

While most critics may not have granted their approval to the young adult show, its popularity with the viewers cannot be undermined. Usually, it takes Netflix anywhere between a week to a month to decide on another season for a show.

Meanwhile, you can turn to the similarly-set teen show One Tree Hill that feels like the natural predecessor to Outer Banks and is available on Hulu. Or if you liked the criminal aspects of Outer Banks, Ozark delivers on the “small town but big crime” angle. 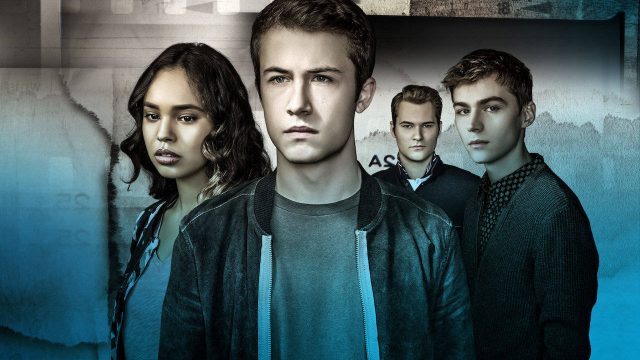 TV Series To Watch If You Loved “Outer Banks” & Where To Watch Them!